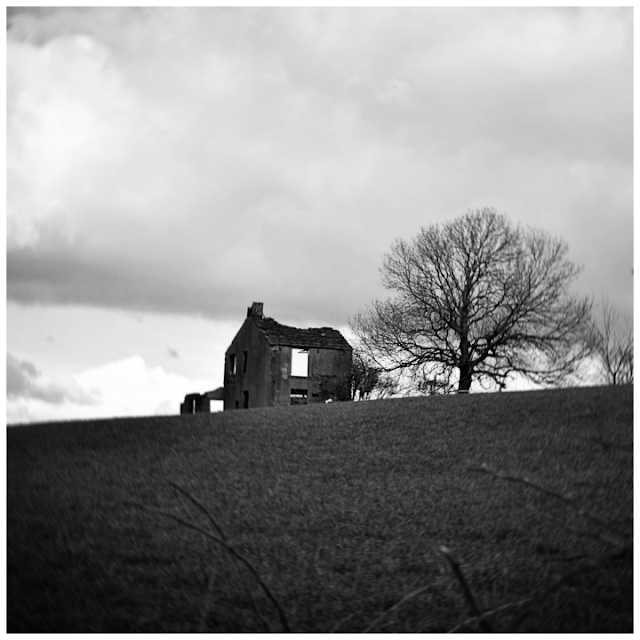 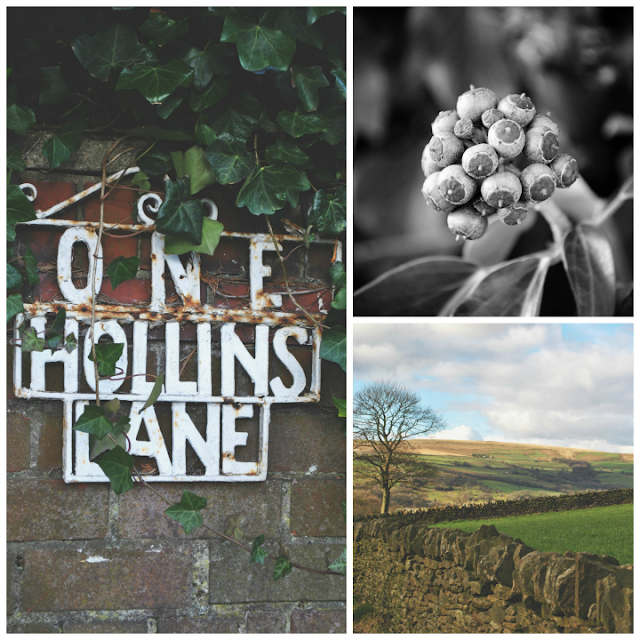 A few little observations from the weekend. Firstly: I'm glad that several of you are embracing your Highly Sensitive selves. I think there's nothing wrong with being content with who you are; we're not all raving extroverts and it's perfectly fine preferring a quiet night in to being out on the town socialising.

The same goes for all those HSP traits: celebrate them. We notice things and know our comfort levels. We appreciate art and music; we pick up on subtleties and we empathise. And we have vivid, crazy dreams most nights because we're also Highly Imaginative. Hurrah for that. 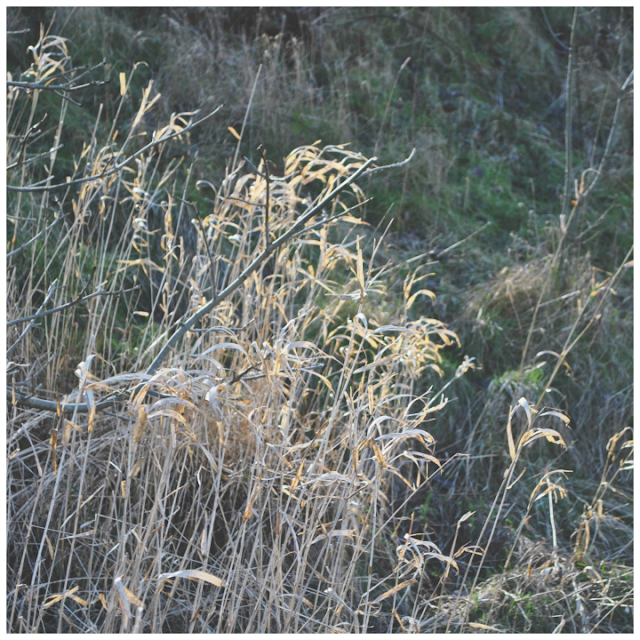 Which leads me neatly on to another observation: yesterday I met up with Jen in Hebden Bridge, to discuss a little collaboration and to just - well, meet up. It was lovely to be away for a few hours with just another grown up for company. We had an amble by the canal, we mooched around the shops and ate a hearty lunch.

Driving there and back over the moors (there was a flurry of snow too) I realised I don't listen to the radio whilst driving alone. No music, no discussion. Because quiet is so very underrated. Just me and my thoughts - it doesn't happen very often and when it does, I enjoy every second. 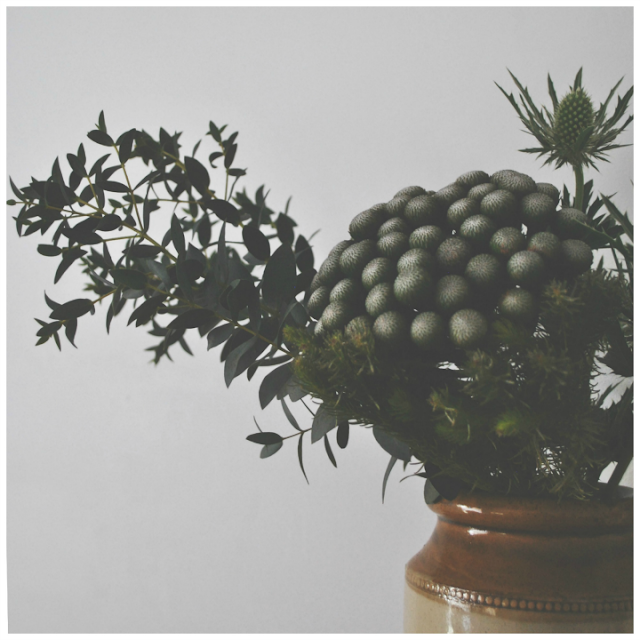 Back to Valentine's Day then. We're not big on it in this house. A card, maybe a small treat. Jay bought me some herbal tea and some raw chocolate. It's dairy free, organic and has no refined sugar. I was a bit dubious.

I was wrong to be. It's rich and buttery - a square or two is enough and it tastes divine. So, observation number three: don't judge a bar of chocolate by its lack of the usual suspects. This stuff could become a new obsession.

And finally... A few stems of something unusual, bought from a florist, can easily surpass anything from the supermarket. It doesn't cost much at all and here I deliberately went for things which would dry out and look interesting for a long time. Eucalyptus, white sea holly and whatever that exotic-looking thing is in the centre. I bought them from The Willow Garden in Hebden, a flower shop of great beauty complete with spiral staircase and galleried upstairs. Sigh.

The sun's out again. We've had another Slow Sunday and it's not over yet. And I'm writing this because next week's half term so I won't have any time off parenting duties. It's now time to go offline again and savour what's left of the weekend.

Have a great half term week - fingers crossed for more sunshine. 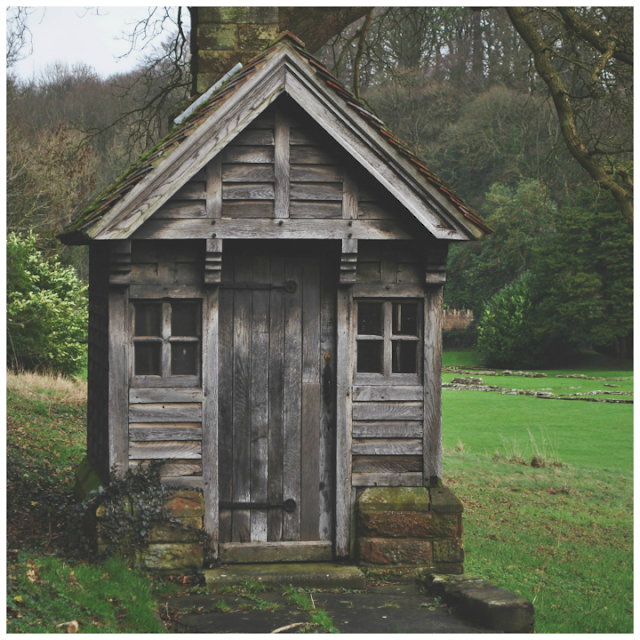 I know that January and February are usually (for me, at least) the months of the year where we just have to somehow 'get through'. And having read other blogs it would seem many others feel the same too. But then I read a post which made me think - why wish time away? Why not embrace it for what it is (in this case cold, dark, wet and windy)?

Without wishing to sound too preachy there are people who are really suffering. Yes, the gloom has a negative effect on mood. Yes, it would be great to get out into the garden if the rain ever stops.

But really - there's nothing you can do to make the sun appear or the clouds disappear. Better to go with the flow than try to swim against it. 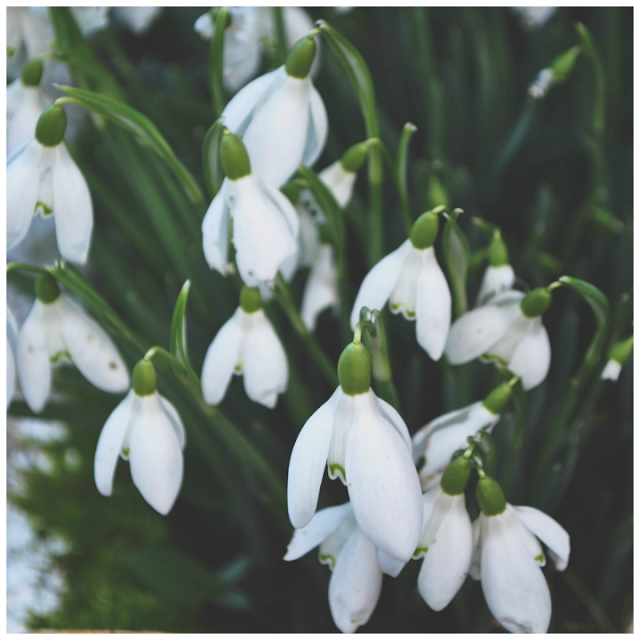 Yesterday, after weeks (months?) of saying we must adopt the whole Slow Sundays way of doing things, we actually did it. I put my phone in my bag and stuffed it behind the sofa. We lounged around and had a late breakfast then layered up and went for a walk. The sun did appear once or twice, and how wonderful it was to sit on a bench and soak up those fleeting rays. Yes, we had to take shelter in the church doorway during a passing hail shower. But we also saw hellebores and tulip leaves thrusting through the earth, snowdrops and steam trains.

Refreshed and invigorated (and plastered in mud) we returned home to spend the afternoon keeping warm and eating good food.

I noticed something: the weekend doesn't fly by as quickly when you slow things down and do a bit less. Slow Sundays will now be every Sunday. It may take a little while to establish that but I'm determined to do it. 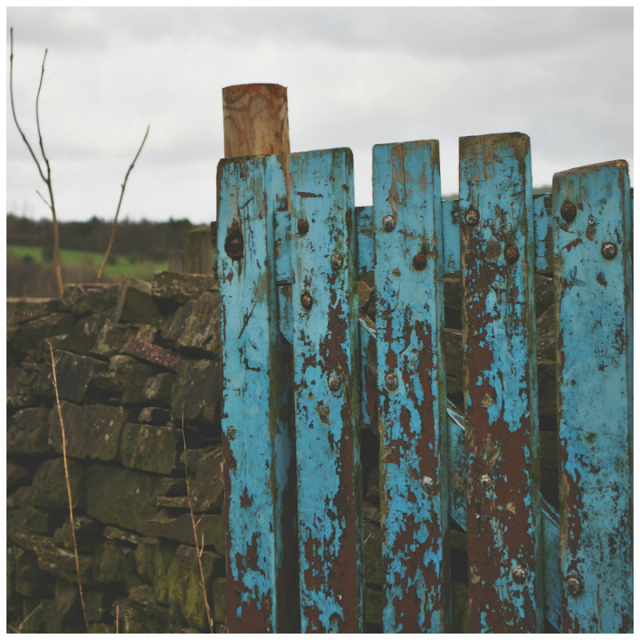 I'm currently reading 'The Victorian House' by Judith Flanders. It's fascinating; social history, particularly that of a domestic nature, is something I really enjoy learning about. A good book on a wet day is something that can't be beaten.

And speaking of learning: I recently came across an article about Highly Sensitive People (H.S.P's). It resonated with me. I'm not really one for psychobabble or the leaping onto the latest affliction/condition bandwagon. But it just rang a bell or three. Maybe everyone feels this way but there are many traits - listed on this site - which are just me. Things like being accused of being overly sensitive, my inability to cope with loud noise, of feeling easily overwhelmed. Of feeling rattled when I have lots to do at once, of being highly aware of other people's moods, of being ridiculously sensitive to caffeine.

The list goes on. It's really interesting and has been a bit of a revelation to be honest. I think I was also a Highly Sensitive Child and that could explain why certain events had such a marked effect on me emotionally.

Non of this stuff means I need therapy or indeed, want it. Sometimes it's just good to identify with something. And maybe there is a bit of a trend at the moment. I've heard about this book too. Maybe we introverts, those of us who spend more time thinking and listening than talking, are about to have our day!

So there we have it. A bit of enlightenment in these dark months. Amazing how good reading, slowing things down, savouring the weekend and spending time indoors with family can make the gloom shift. Even if it's just metaphorical. I'll take it. 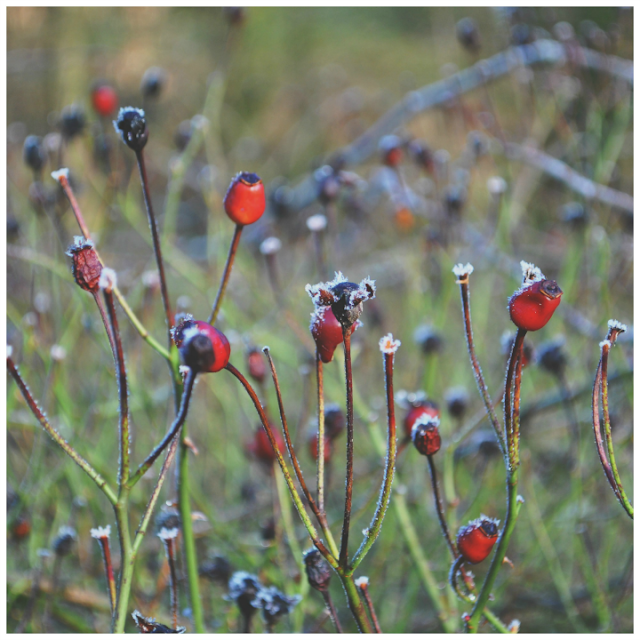 Well, it seems like I was never going to write this post. Joe's been off preschool with some vomiting bug or other, which I've picked up but it's (thankfully) only a mild version. He's fine again now and the famously voracious appetite has returned. 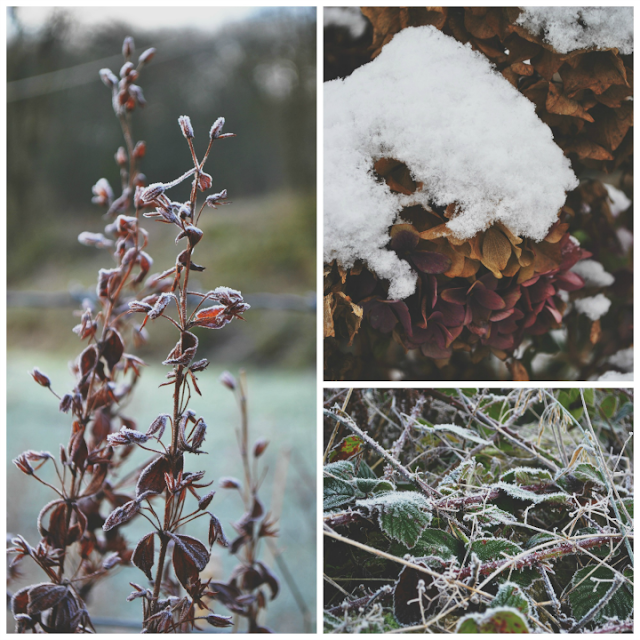 Of course, a picture-heavy post means I always go a bit lighter on the words. Probably because I try to write the kind of blog I myself like reading. So lots of photos and a few little updates. I'm planning a wordier post for later in the week. Or perhaps the weekend. 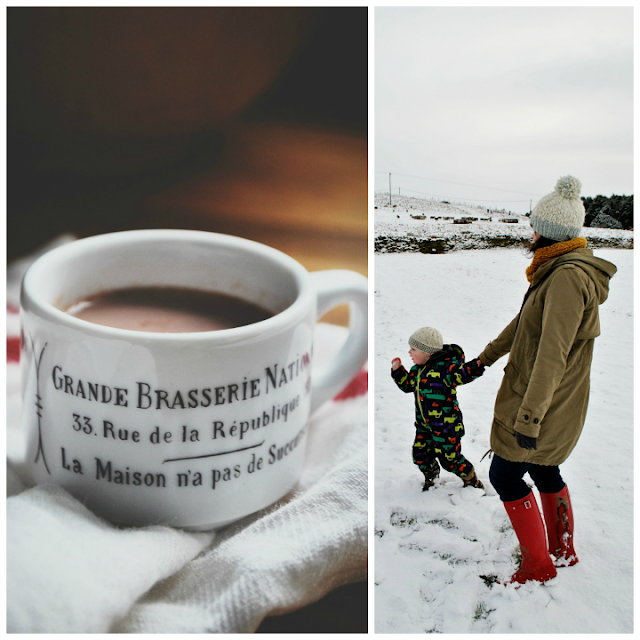 It's bright here today. At last. The seemingly endless grey skies and rain can make you wonder if this is possibly the most depressing winter ever. Looking back through the camera though, I can recapture a little of the frost and snow-induced cheeriness. 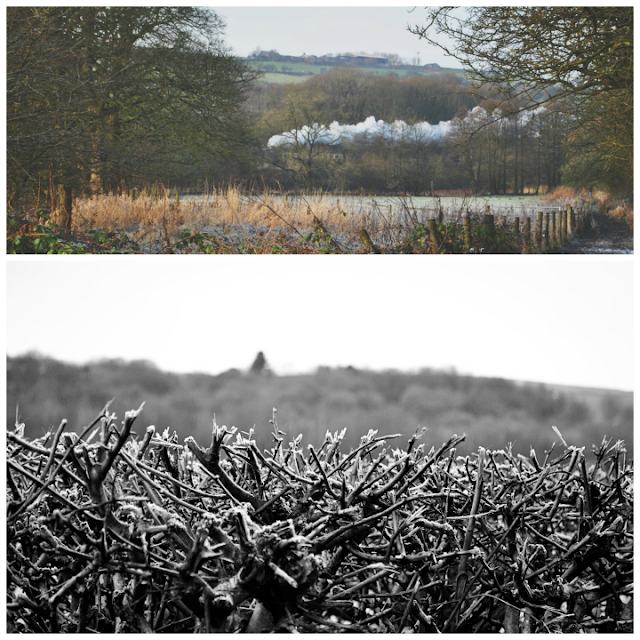 The Flying Scotsman has now left these parts, but we saw it plenty. 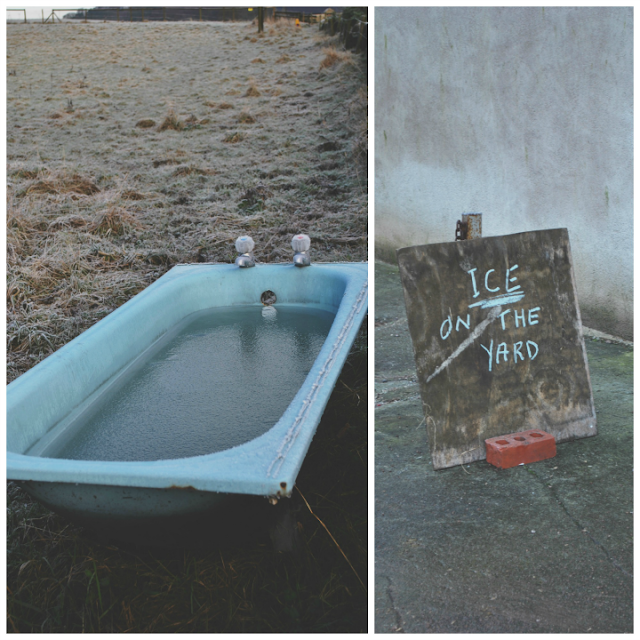 It's still flipping cold. Not as much as a few weeks ago, but my fingers are a bit numb typing this. 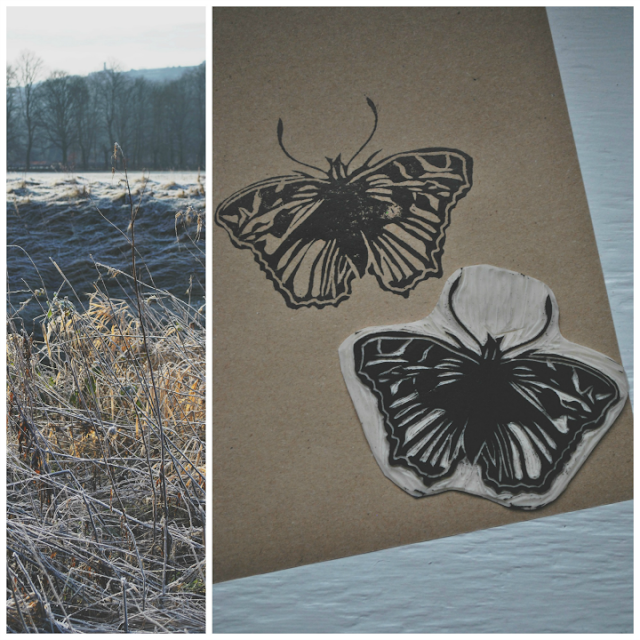 I've booked in to do the Crafty Vintage handmade markets for 2016, held here and here. So I've been busy Making Art. Still much to do. And an eye-catching stand to design and build. 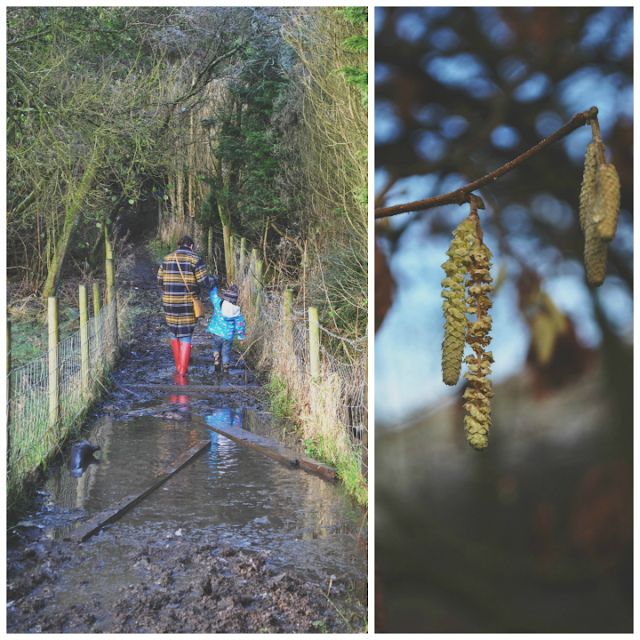 I just finished reading 'The Remains of the Day'. I loved it - it has now become one of my favourite novels ever. Jay treated me to the DVD so that's Saturday night sorted. I suspect I might cry. 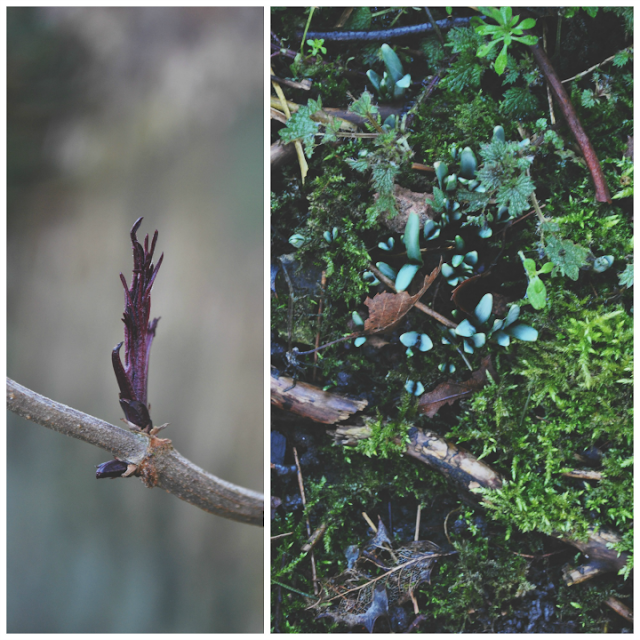 Speaking of Jay (and I know he reads this): he's been baking a lot recently. Experimental stuff. Last weekend we had rhubarb and custard muffins and very tasty they were too. I also know he goes and bakes to escape to the kitchen when Joe is being a nuisance. I know this because I do it too. 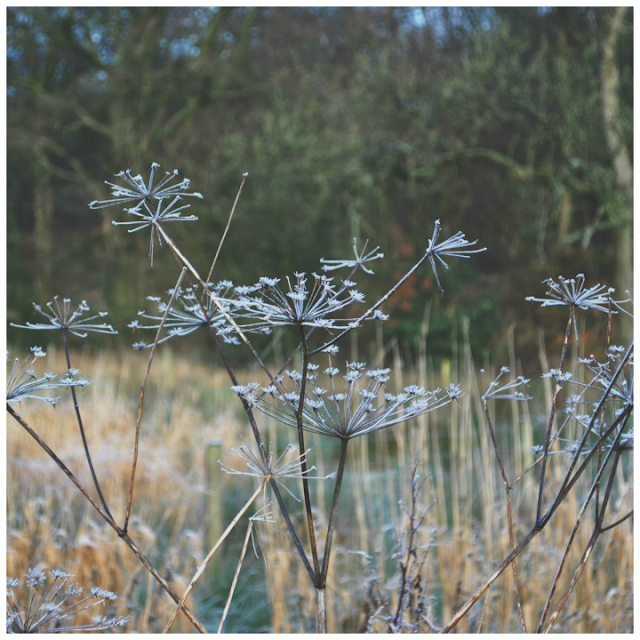 I'm longing to get out into the garden. We need to do some heavy stuff first; a big pile of earth has to be moved to make way for a shed. Maybe a bit of poking and pottering first, just to ease us in. We have snowdrops and miniature daffs and hellebores.

At the risk of sounding a bit odd, I really want to scrub the trunk on the birch tree. 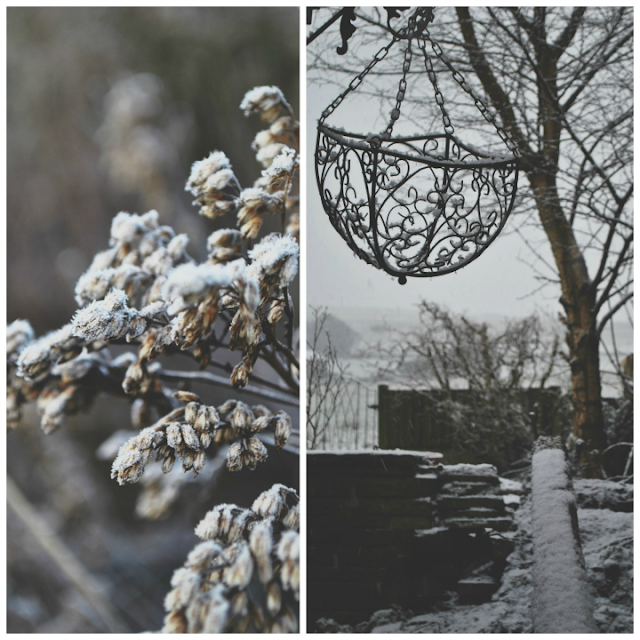 Joe and I have joined another local library. I found a great book on printmaking, and we borrowed lots of train books for him. We did a story session ('I don't want to join in' - him, 'I'll give you a YoYo if you do' - me, 'Alright then' - him). The craft bit afterwards was more of a success.

He's really enjoying the new preschool and sings as we walk there. But it's still a little bit heartbreaking to see his old one up for sale and all the little tables and climbing frames and things being sold on Facebook. 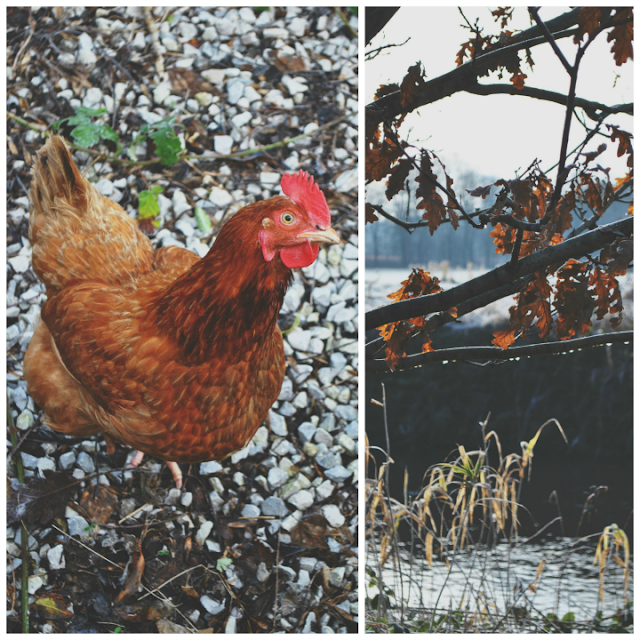 We did a walk on a very frosty day last month. Thick ice everywhere. But still evidence of the Boxing Day floods - even dry stone walls are scattered across the fields in some places. The snow was short-lived but we made the most of it. Two snowmen, a snow bear and a three-year-old who refused to wear gloves. 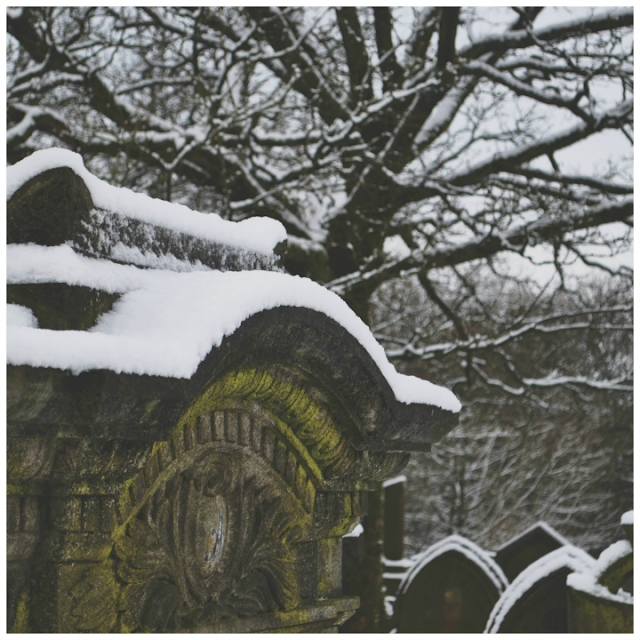 It was great to let Joe loose in the field behind the house and watch him run around. Much better than the ice - he insists on slithering across frozen puddles and I wait for him to slip and crack his head. Hence the woolly hat. 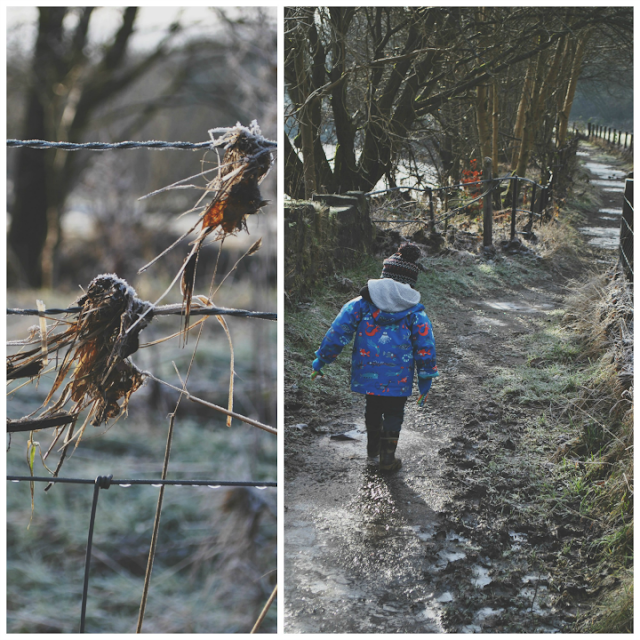 We've had a trip or two out - in late January we went to Cumbria and saw Furness Abbey and visited the South Lakes Zoo. 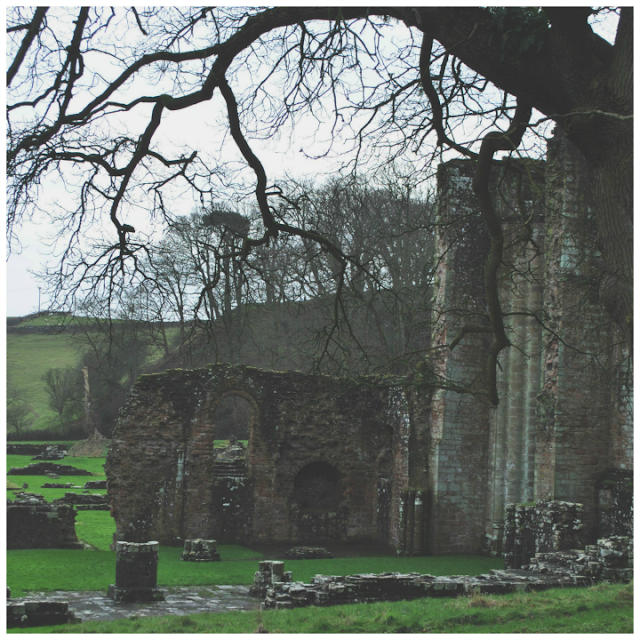 A cockatoo fell in love with Jay. 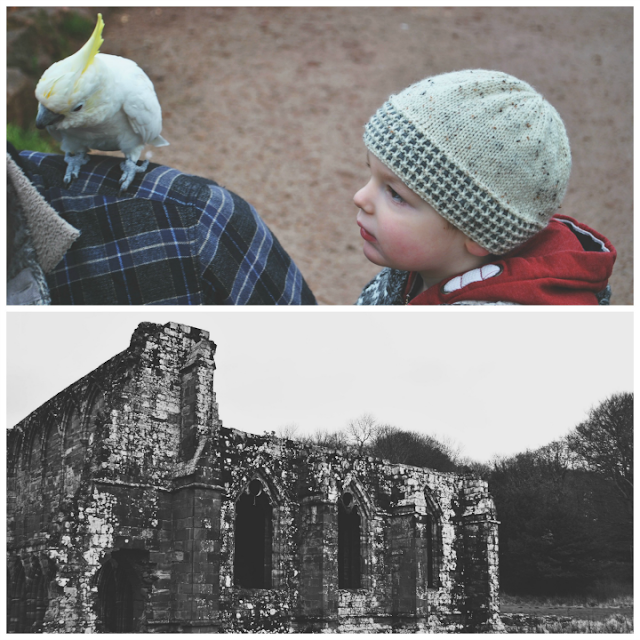 And although there were acrobatic monkeys making car-alarm noises, and wolves and tigers, and a kangaroo with a baby in its pouch, we all agreed on our favourite bits: the bird enclosure with parrots flying overhead, and the cafe with a woodburning stove. Because it was a bitterly, bitterly cold day. 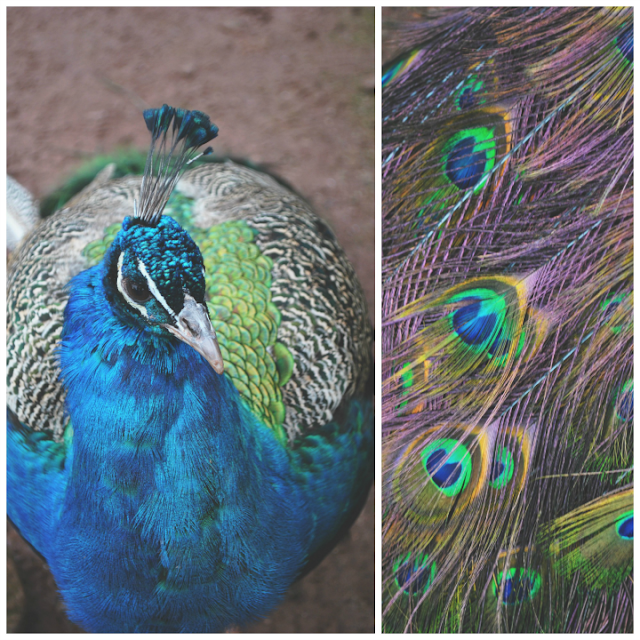 We managed to get to the beach too. 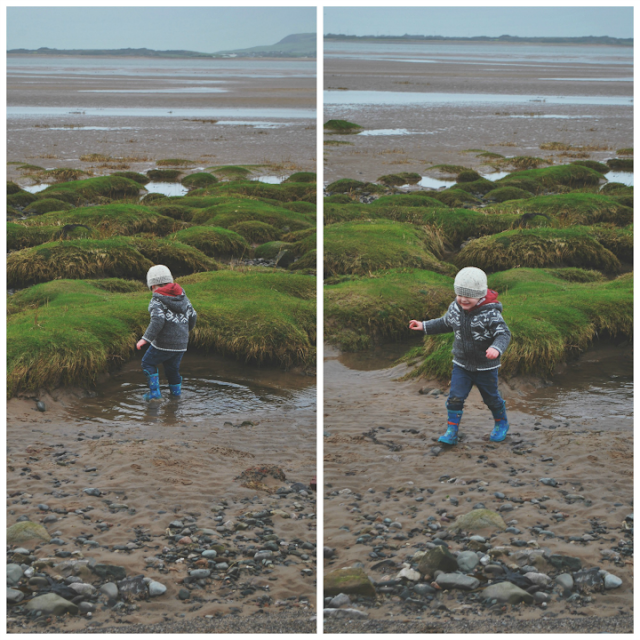 And although it looks like he's having a wonderful time in the pictures here, Joe's absolute favourite part of it: doing a wee outdoors for the first time ever. Standing up. Apparently that's what a three-year-old really enjoys about a day out. 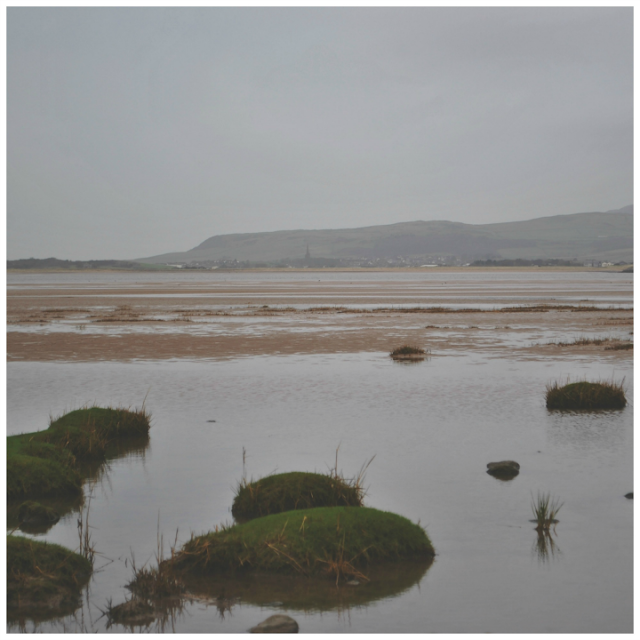 I'll leave you with that delightful thought. Sorry.

I hope you're finding some brightness in these gloomy months. Speaking of which, I'm really thinking of repainting the downstairs of the house in white. Low ceilings and beams and small windows make cottages cute and cosy but also very dark in winter. I know Jay wants nothing to do with it, having just decorated. I totally understand. But come spring I'm happy to chip away at it myself. You know, with all the free time I have ;)

P.S. I've also discovered Aldi chocolate. Dark, with hazelnuts in. It's actually rather posh-looking and tasting. No this isn't a sponsored post - just passing on a tip to help keep the cold out.