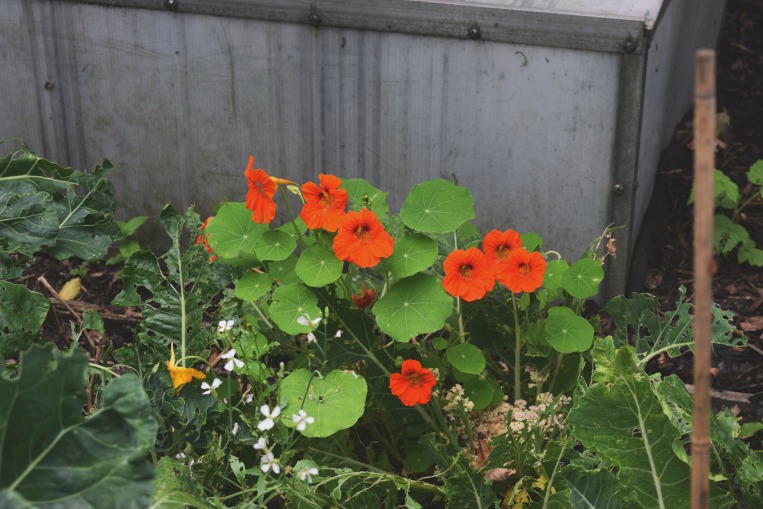 Here we are, heading towards the end of August. The fields behind the house have been mown. Blackberries are ripening in the hedgerows. And Joe starts school in a few weeks. 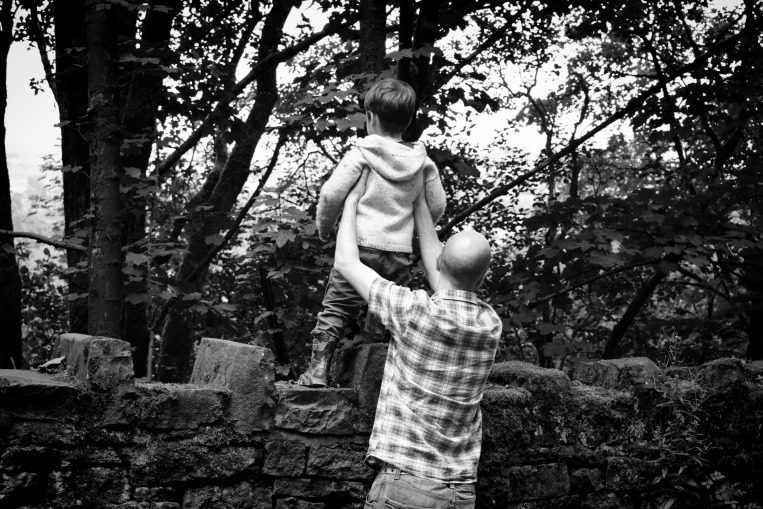 He turns four on the bank holiday Monday. A day out on his birthday, then the following weekend a little tent picnic in the back garden for his friends. I'm still devising some kind of treasure hunt.

The school uniform's bought. He'll do just mornings for the first week, afternoons the second then it's full days after that. On the one hand it'll be good to get some work done. On the other, I'm trying not to think about that first day at the school gates. Actually I'm dreading it. The end of this phase of his little life. 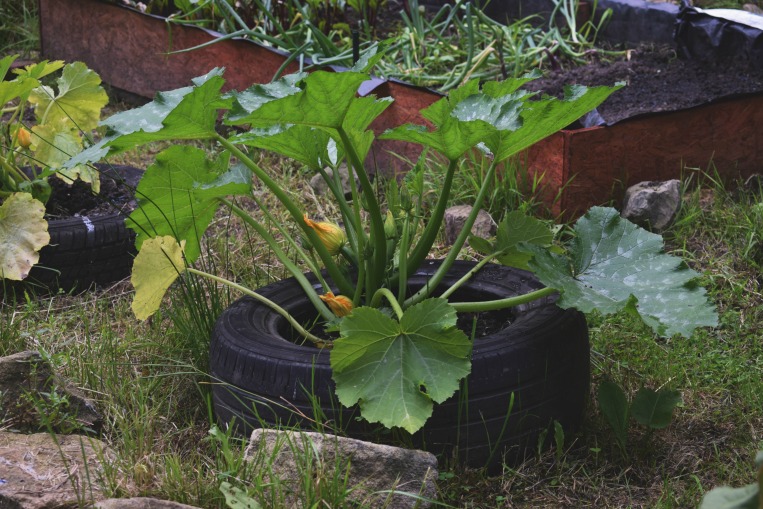 We've been busy during the holidays. Paddling and going for walks, eating ice cream in the village cafe and reading stories. 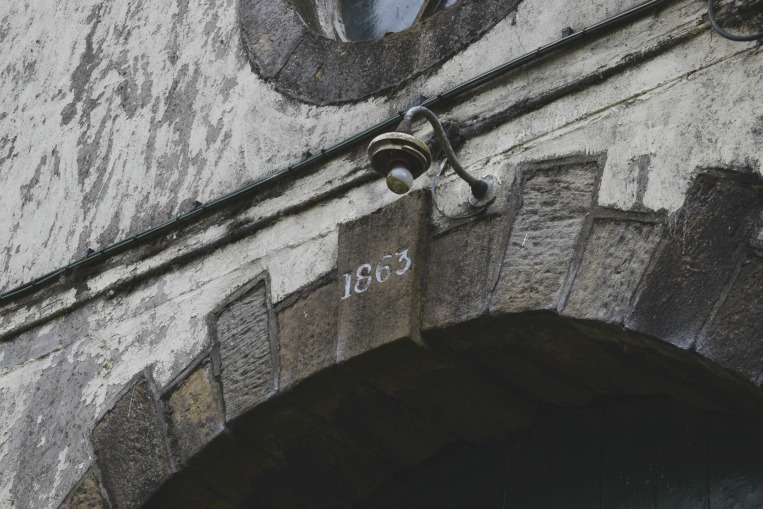 We looked after my friend's little boy last weekend. The day went well - outdoor adventuring followed by fish and chips - but by the end of it they were brawling. Tiredness played a part. We were exhausted too. 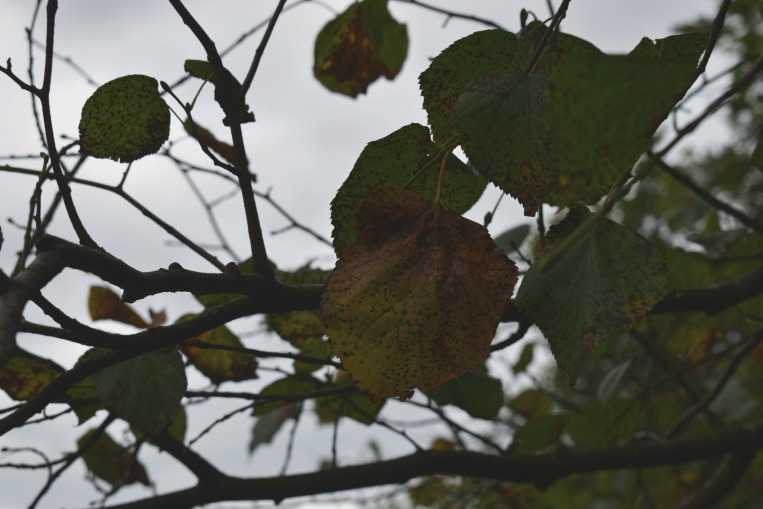 You can see summer's on the wane. The weather's been mixed: hot, sunny days and dark, rainy ones. 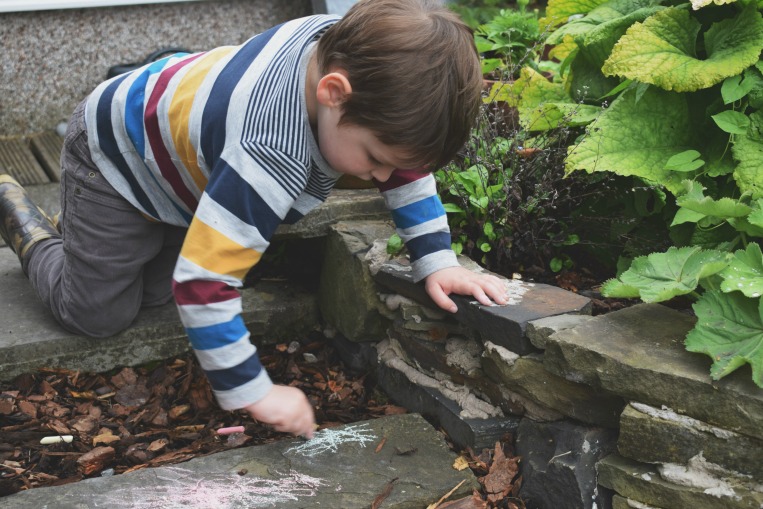 We've almost finished repainting the downstairs in white. It makes a huge difference to the light levels and I wish we'd done it at the very beginning. I'll share some pictures once the weather decides to brighten up again. 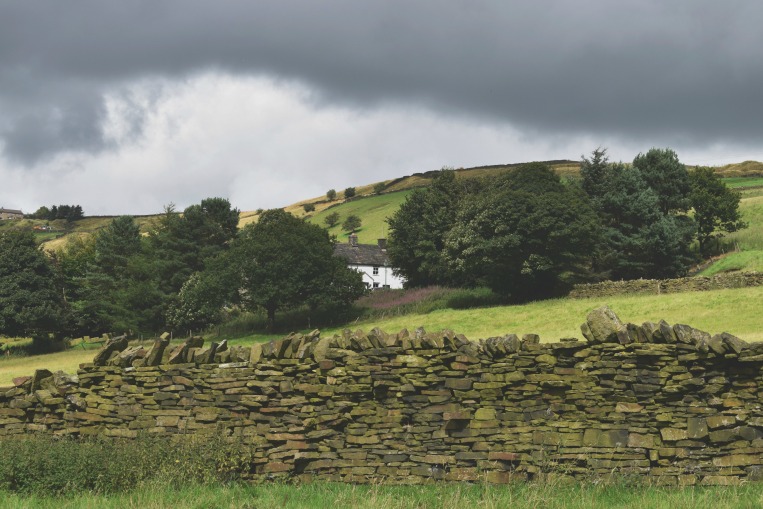 I'm really enjoying the slow transition to autumn. I bought Victoria plums and Bramley apples at the market this morning. I'm eating an awful lot of parsley still. I must have some kind of deficiency going on. I eat it as a salad leaf with tomatoes and cucumber, and a dressing made with tahini and lemon juice. 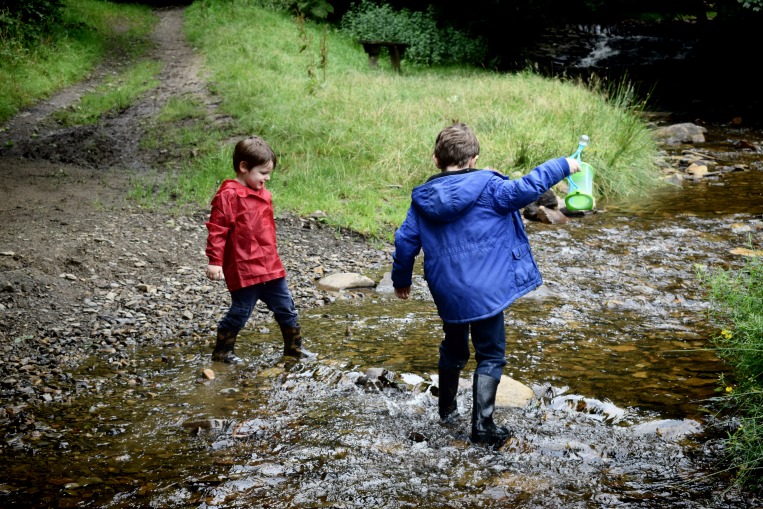 It's not all virtuous though. As you'll find out. 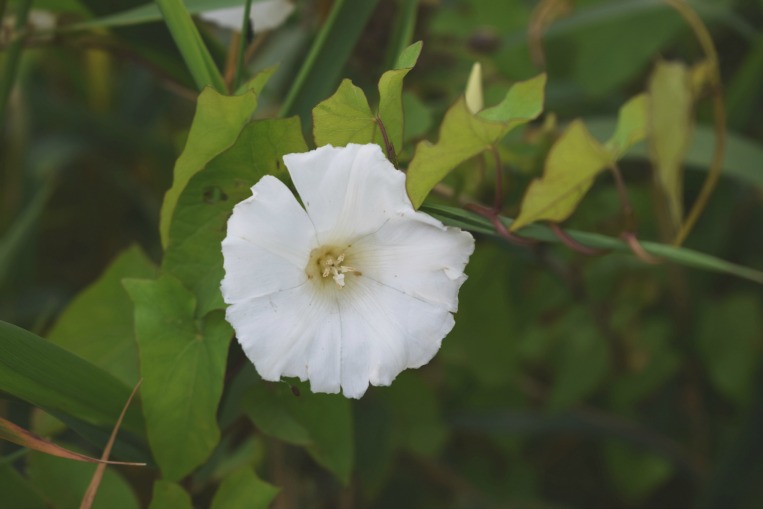 We went to the garden centre today. The hanging baskets on either side of the front door are looking a bit tired, so I bought some ivy and white heather and Solanum (Christmas cherry) plants. I like the idea of moving on and changing things to reflect the season.

We also bought some turnip seeds for Joe to plant. I borrowed a paper pot maker from the school polytunnel. I've spent time there clearing the raised beds but I've never seen as many slugs and snails in my life. They're everywhere, whole colonies of them. Nemotodes may be the answer. 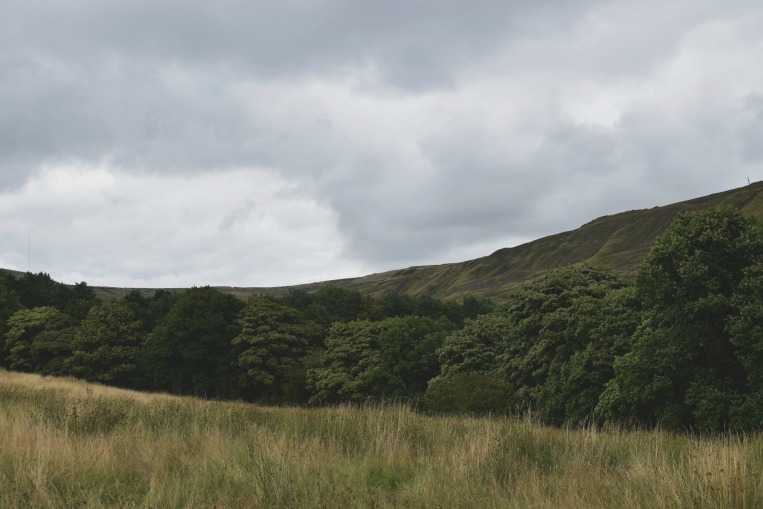 So, as I was saying: virtuous eating. 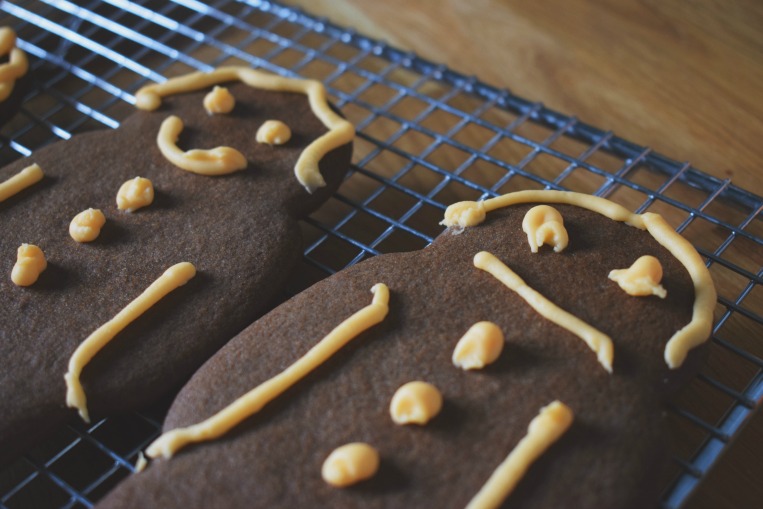 Joe likes to bake. He's a greedy little boy and would eat until he exploded given half a chance. Marks and Spencer Food (or 'Mark Spencer' as he refers to it) has recently opened about two miles down the road.

So it's all too easy to call in there for cocoa powder (chocolate buns) or treacle (gingerbread). And whilst we're there, we pick up big bags of tortilla chips (two for one pound eighty! Why wouldn't you? etc.) and... well, you get the picture. 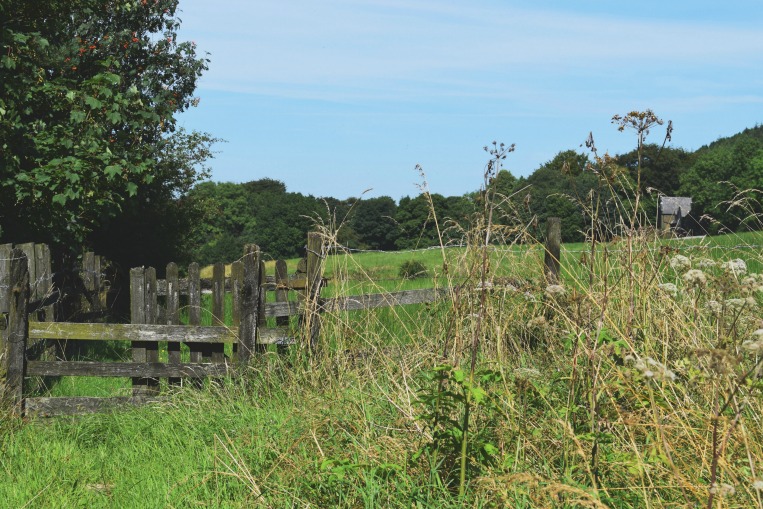 Moving swiftly on. I've recently discovered new footpaths right here at the edge of the village I thought I knew like the back of my hand. I like finding new things. 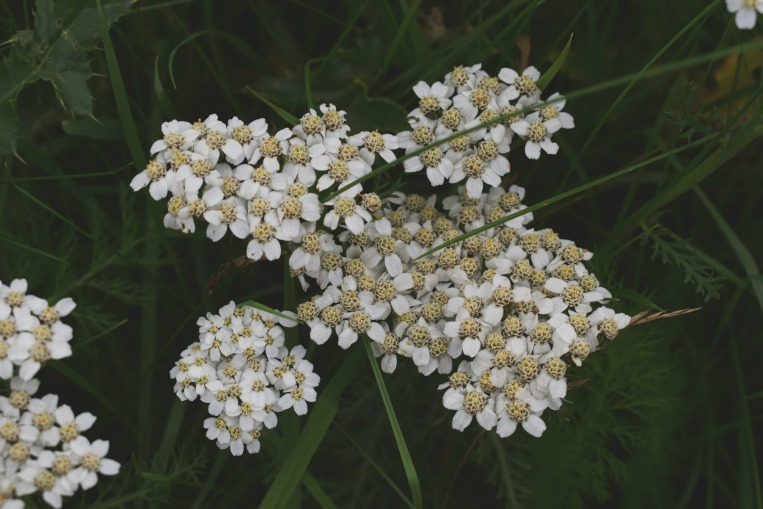 I also like writing this blog, which is why I'm thinking that having two (the other being Frond & Feather) is absolutely do-able. Why not?

Yes, time's very tight right now whilst I'm taking care of Joe all day through the week. But that'll change very soon. So I'll have Mitenska for my family stuff, my thoughts and general musings. And Frond & Feather will be my creative place where I can write about my artwork and what inspires me. 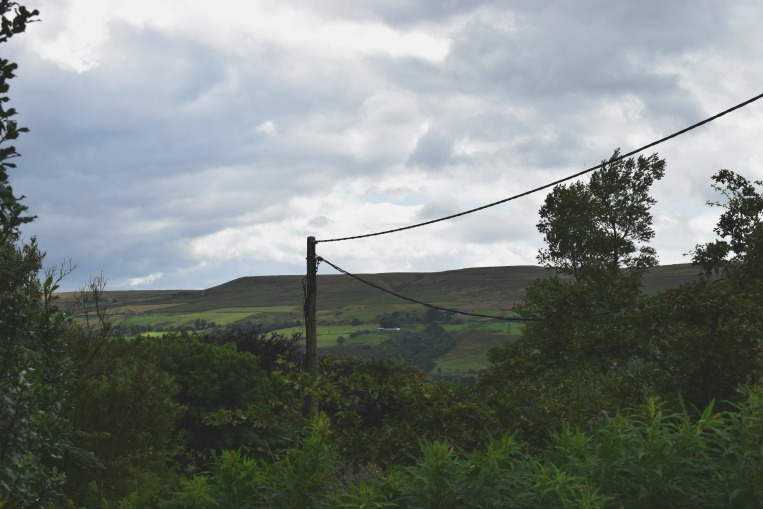 Which is why I'm trying to stick with the landscape-orientated images now. Less time spent resizing and collaging means I can spend more time doing the good stuff: writing, printmaking, drawing.

Hope you're having a good summer.