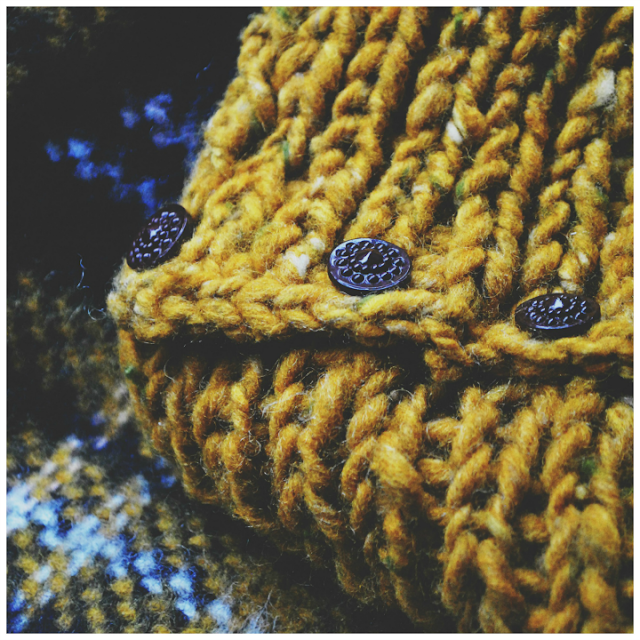 When I first thought about this month's CC post, I wasn't sure which angle to take. What signifies 'Warm' for me when considering colour? The reds and oranges of a crackling fire? Snowy sheepskins, grey wool blankets? The little cottage whose window I sometimes glance through on a winter's afternoon, with its deep raspberry pink walls and rich framed tapestries?

And then I remembered. My  - what? Snood? Muffler? Scarf-with-no-ends? Whatever, it's the one thing I always grab when heading out the door on a cold day.

Some of you may recognise it from a long-distant post. I'm no knitter, trust me, but a few years ago I saw the wool and had to buy it.

(Incidentally, for all you colour lovers out there: a wander around a well-stocked wool shop is a delight like no other. It's always interesting to see which hues attract you and draw you in).

I still have some of it left. This scarf-thing has had previous lives: a cushion cover, a longer scarf (complete with ends). It's been unravelled and re-knitted. The buttons were found in the local antiques place where they sell little haberdashery odds and ends for a pound or two. It's done in a stretchy rib, one of the few stitches I have in my repertoire. 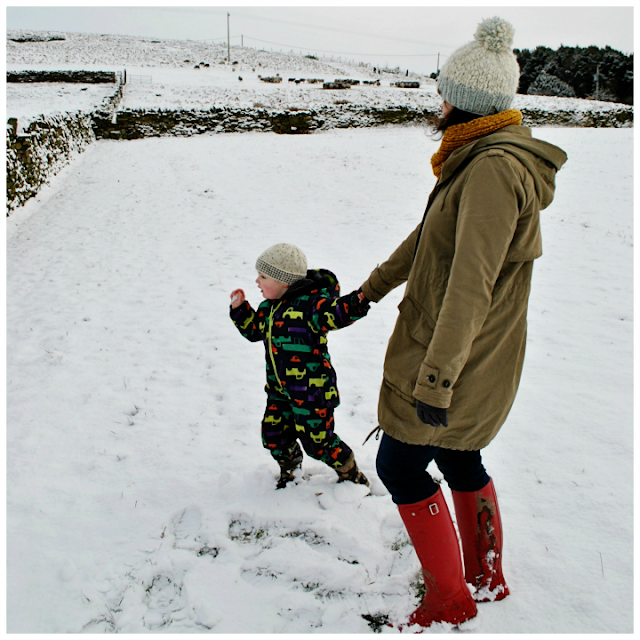 The thing is: I love mustard yellow. It catches my eye, makes me want to paint things in it. I also love murky greens and sludgy versions of brighter colours. I'm not really one for pastels either (although the hat in the above picture is another cold weather go-to. My mum bought us one each in a sale and it's fleece lined and comfy: the hat that fits like a glove).

Don't forget to visit the other Colour Collaborative blogs for more of this month's posts, just click on the links below.

What is The Colour Collaborative?

All creative bloggers make stuff, gather stuff, shape stuff, and share stuff. Mostly they work on their own, but what happens when a group of them work together? Is a creative collaboration greater than the sum of its parts? We think so and we hope you will too. We'll each be offering our own monthly take on a colour related theme, and hoping that in combination our ideas will encourage us, and perhaps you, to think about colour in new ways.

Inspiration, upheaval and a sprinkling of snow 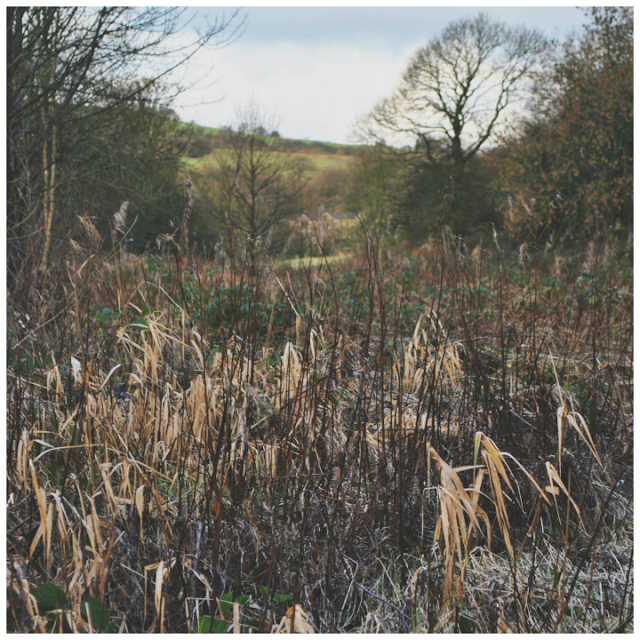 It's been an interesting week. Last Wednesday I went to collect Joe from preschool and they told me they were closing down. A combination of flooding, a bad Ofsted report and staff resignations meant the owner had decided to call it a day. They'd been going for 26 years and despite Ofsted branding them 'Unsatisfactory' (mainly due to issues with administration) I'd always been perfectly happy with Joe attending.

I managed to get him a place, that evening, at another preschool in an even smaller village but just as close to home. It has a great reputation and he started there on Monday. He's taken to it like a duck to water.

We won't go into the amount of crying I did on his last day at 'Janice's'. It's the end of a chapter and the staff were so lovely. 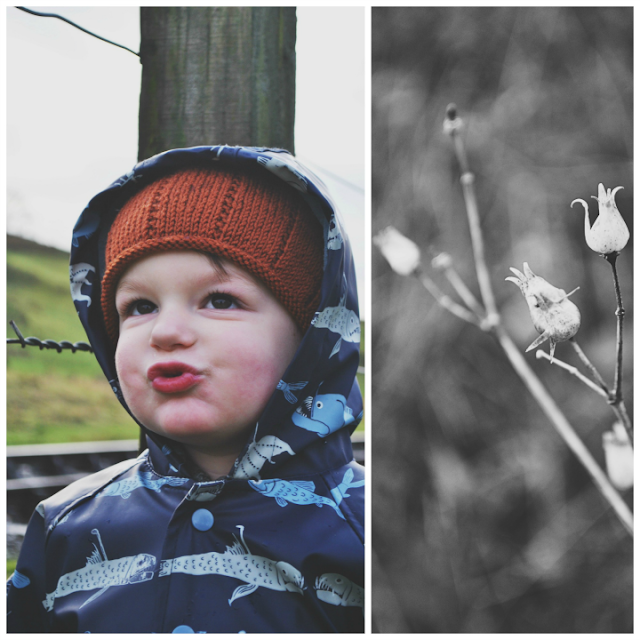 There are children joining the new preschool from the old one, so he'll have some of his little friends with him. I'm currently collecting lots of splashy paintings at the end of the day. He's definitely inspired by the upheaval. 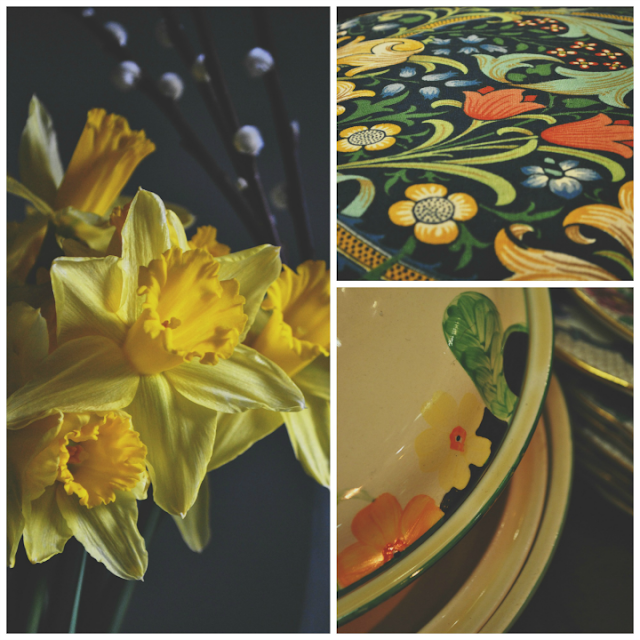 Speaking of which, I've been making the most of my fifteen hours per week of child-free time. Drawing, painting, attempting to build a new website (although I'm going to have to bite the bullet on that one and phone the Squarespace support team). 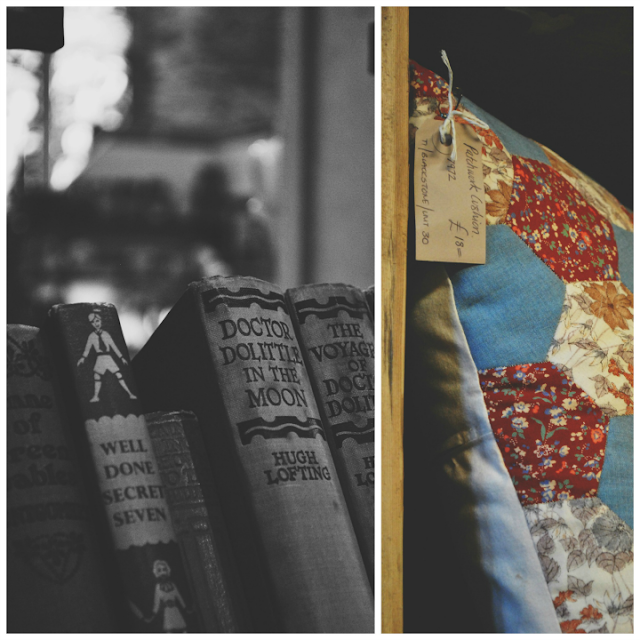 I'm also looking into the craft fair calendar for 2016 and am on the brink of signing up to some. Quite a few, actually. Selling direct means I don't have to lose as much in commission. Plus, I get to meet my customers face to face and to speak to other makers.

So right now it's all about jotting down ideas, planning displays and getting lots of stock together. I'm still thinking about the house. Pictures are slowly making their way onto walls. Rooms are gradually getting a bit of personality. And I've discovered a new aesthetic. 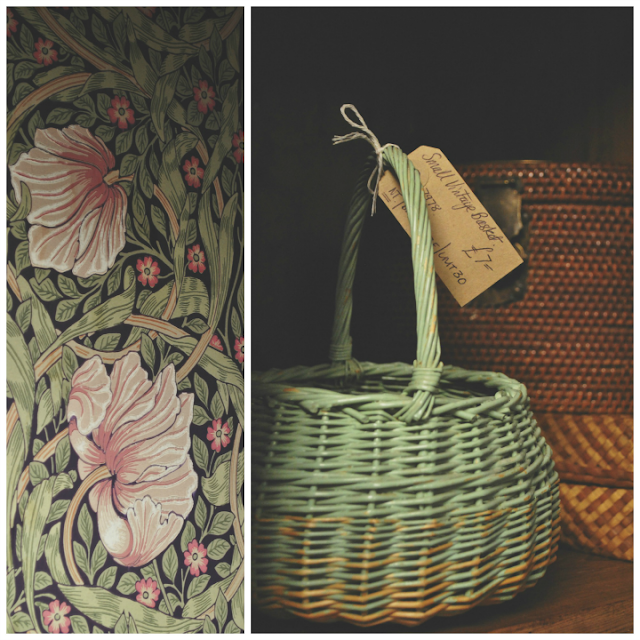 Anyone who's seen my Pinterest account will know I love all things Nature. And things with a story to tell. Recently I came across this board though - and I'm suddenly into pattern and eclecticism. I've always been a fan of early to mid-20th Century literature and design, but the thought of a truly individual home filled with creativity and books and art holds huge appeal for me. 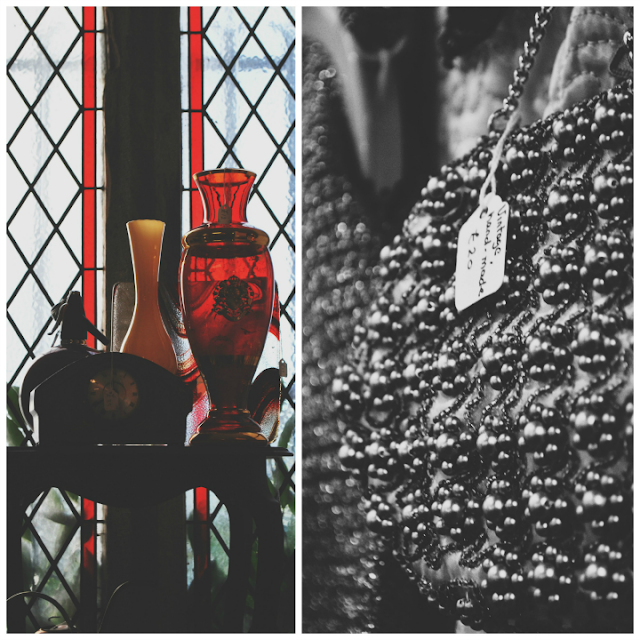 Joe had a 'settling in' session at his new preschool on Monday. I stayed for a few hours but they then suggested I go off for a few more while he had lunch and played outside. So I did. 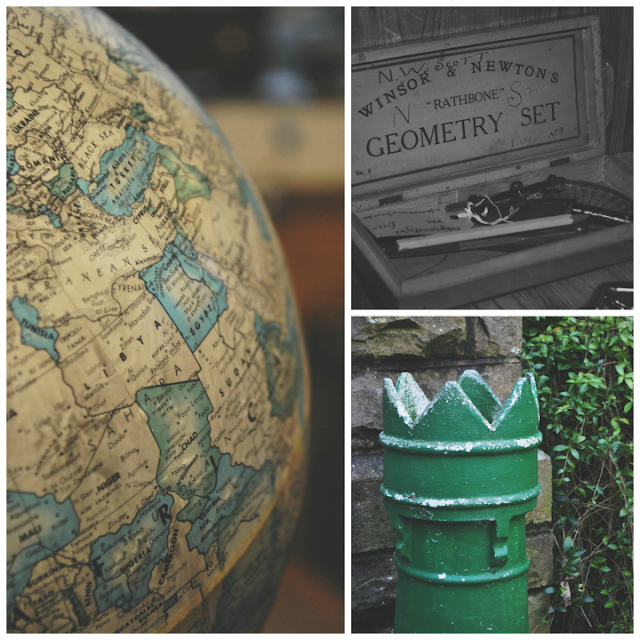 A cream scone, a hot chocolate and a chat with a lovely lady in the tearoom of the local antiques centre was the perfect escape. I had a browse around all the lovely things and admired the William Morris wallpaper, the old fireplaces and the tiny wooden mice carved into the door frames. There's something very relaxing and reassuring about slipping back into the past for a little while. Probably explains my love of Marple and Poirot. Nostalgia fiend.

I then returned to an excitable boy and we went for a walk. All you can hear is water at the moment: the river, the drains, new springs and streams trickling away down the hills and through the trees. 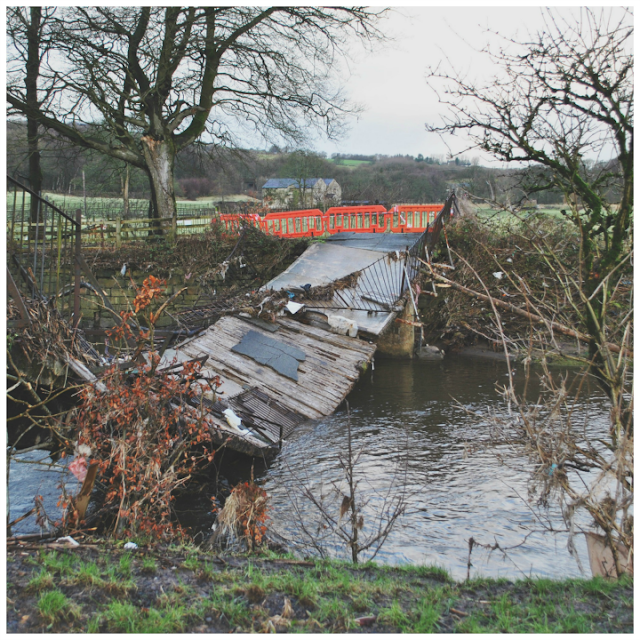 You know I only like to use pretty pictures on the blog, but I thought I'd show you why we can't take one of our usual routes. It's really awful to see things like this at the moment: collapsed bridges, rubbish washed up everywhere, houses with sandbags outside and ruined furniture awaiting collection.

You also know I like to end things on a positive note. It's cooled right down here and last night we had a dusting of snow. The snowdrops are making an appearance in the garden. There's pussy willow on the table and vases of daffodils all over the place. And - gasp - we have a weekend approaching with a forecast of bright sunshine. No plans, no visitors - just us three. I can't wait.

I hope yours is dry (or snowy, whatever you prefer) and cold outdoors, warm within. 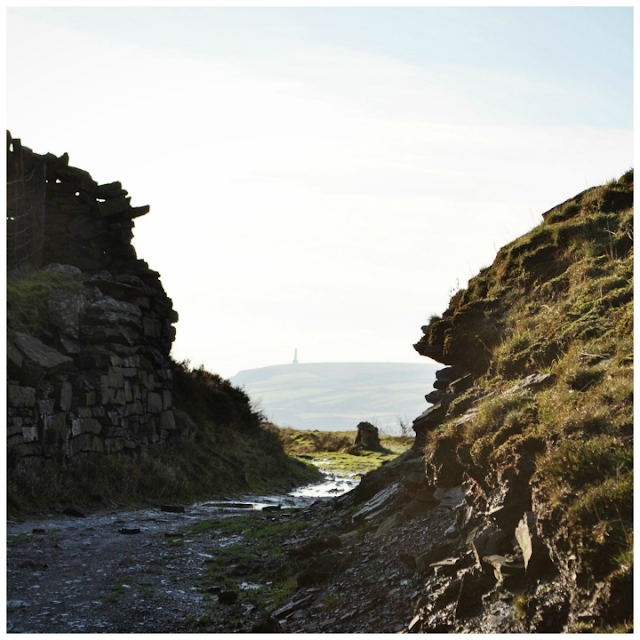 Thank you for all the Happy New Year messages following my previous post. I hope the post-Christmas period hasn't felt like too much of an anti-climax for anyone. 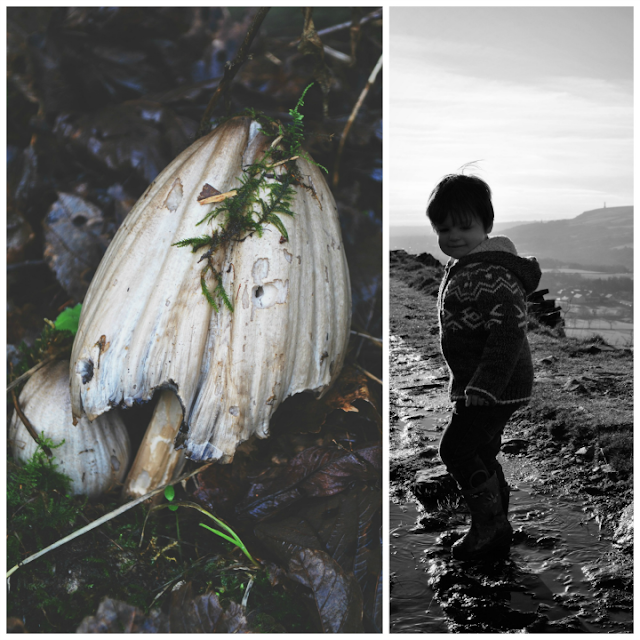 I'm not really a fan of New Year, never have been. But I actually managed to get food poisoning on Christmas Day and spent the night being violently sick. Boxing Day was spent in bed feeling really quite ill. Suffice to say, after a couple of days chocolate made its way back onto the menu. 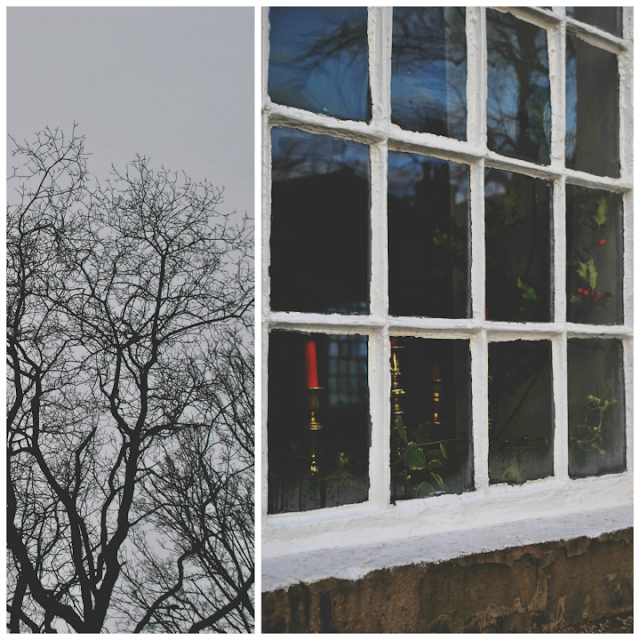 One thing that has changed though: I've started drinking my tea with lemon instead of milk. I much prefer it. 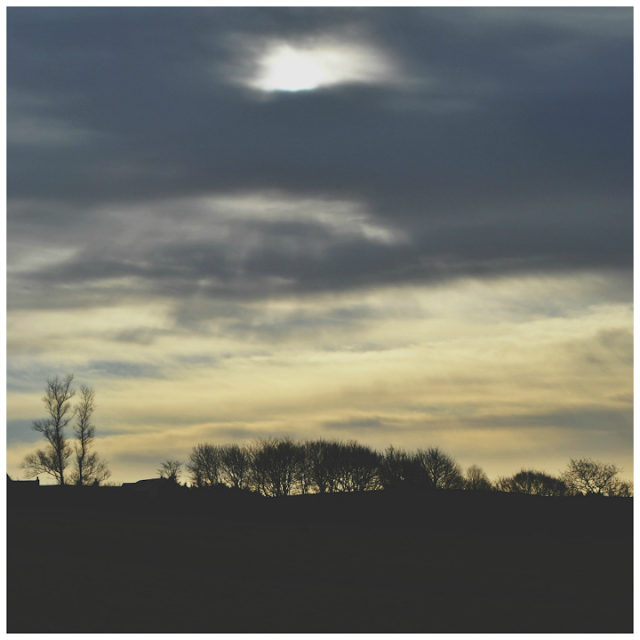 I'd intended to do the whole Healthy January thing but... well, it's cold and dark and we're still in a state of semi-hibernation. Although I did make some of my own snack bars using the ingredients listed on some very expensive ones. Cashew nuts, cocoa, dates and sultanas, carefully weighed out according to the ratios on the packet. The result: exactly the same flavour for around half the price. 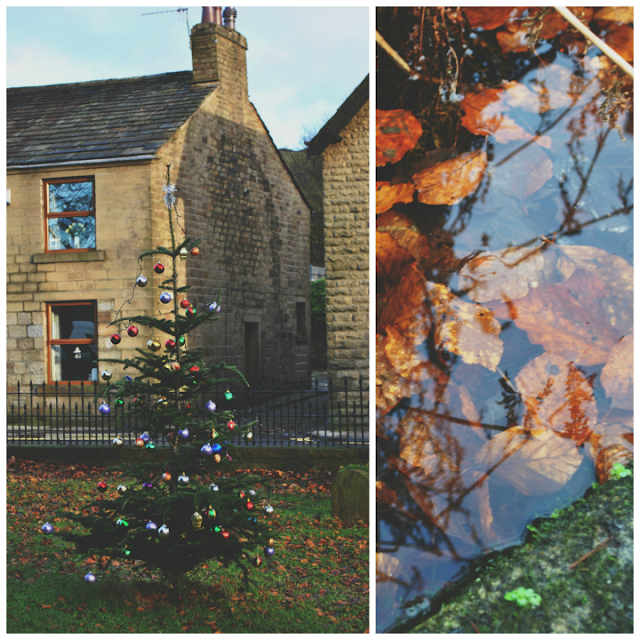 I bought some wool at the weekend and am attempting my first ever jumper. A very simple pattern and already it looks... homespun. Artisan. Yes, let's called it that. 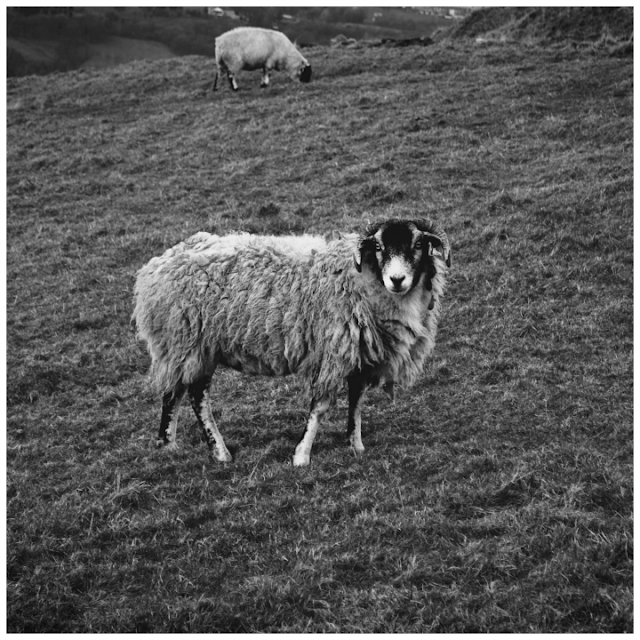 The flooding around here has been terrible. Joe's preschool reopened today but they had to replace all the toys. All the houses in the village were a few feet deep in water. Bridges have collapsed. Even a mill, built in the early 1800s, came down.

We're fortunate that we're not close to the river. The garden was pretty waterlogged for a while (we're at the foot of the moors below a sloping field) but it drained away. And *touch wood* the kitchen roof's holding out. 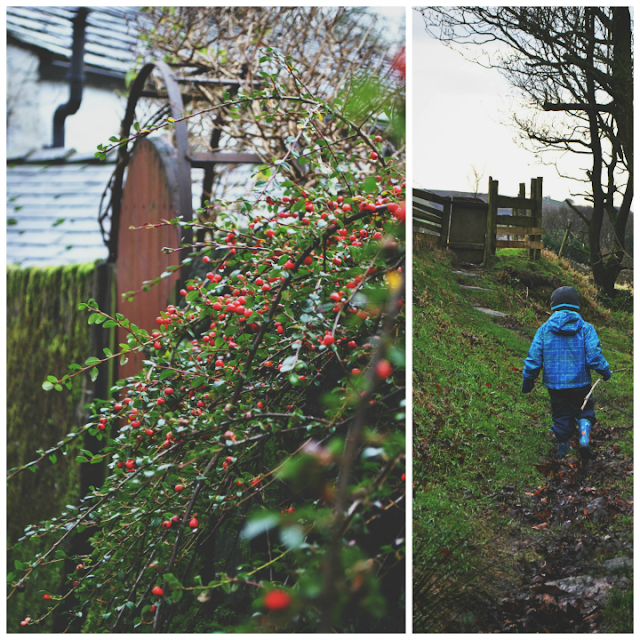 Joe and I have been out walking whenever we can. There have been picnics in the car and picnics on a rug in the living room too. We've made thankyou cards for those who sent him lovely Christmas presents. We've read books and watched DVDs and done jigsaws. 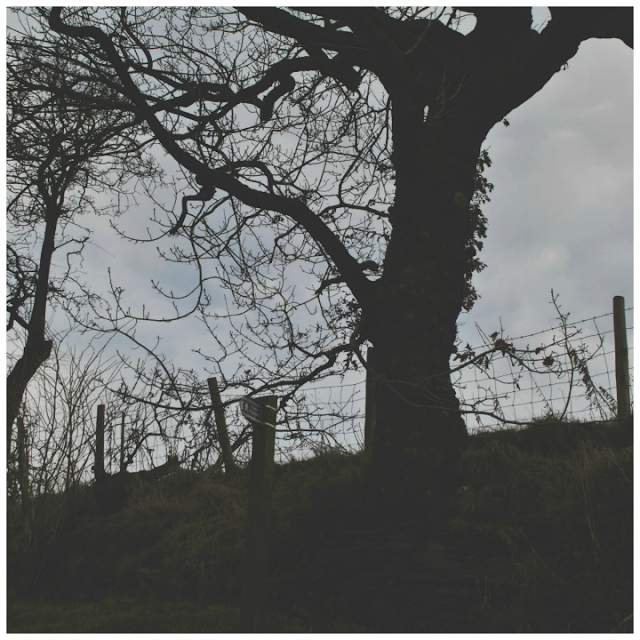 On the reading front, I gave up on Moll Flanders. I'm now midway through Westwood by Stella Gibbons, and enjoying it very much indeed. That and seasonal poetry are keeping me going of an evening. 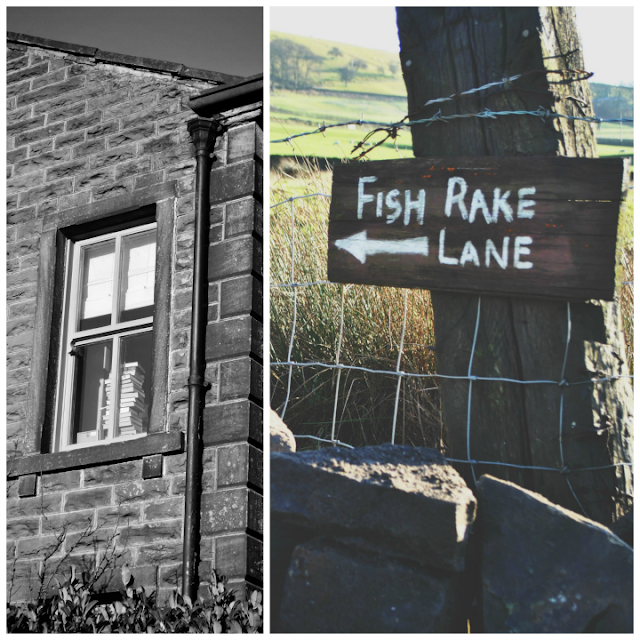 The tree and decorations came down on Sunday. I was slightly worried about courting bad luck, especially considering the past year and a bit, but it was time. The needles were dropping - even though we had a living tree - and I decided it could go outside and enjoy the still plentiful rain.

Everything's packed away now. We still have candles but things have been rearranged here and there; some of our pictures are now up on the walls and the holly has been replaced with a bunch of cheery little daffodils. It all looks fresh and promising. 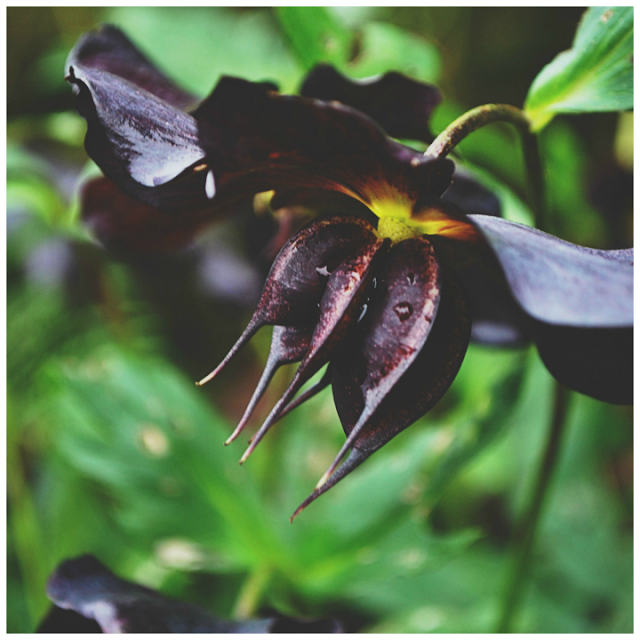 I even cut a piece of muslin into two and hemmed them to make some sheer curtains for the front window. The bobble trim is stitched on too. They look rather nice. 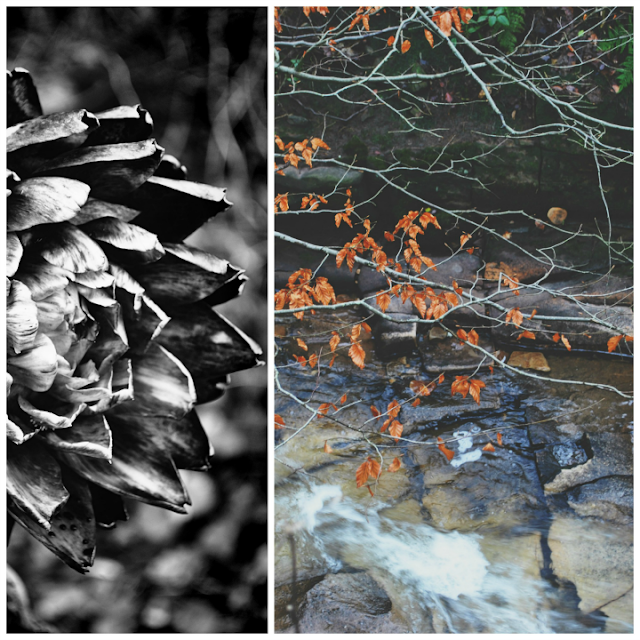 Tomorrow Joe goes back to his two days at preschool which means I can get on with some work. Commissions, getting a new website, booking tables at markets and craft fairs, making more lino-cuts...

I've even booked myself onto a printmaking course up on the Yorkshire coast in March. It's only for a day but I'm going up there with my stepdad and we're thinking we may stay overnight in a B&B. 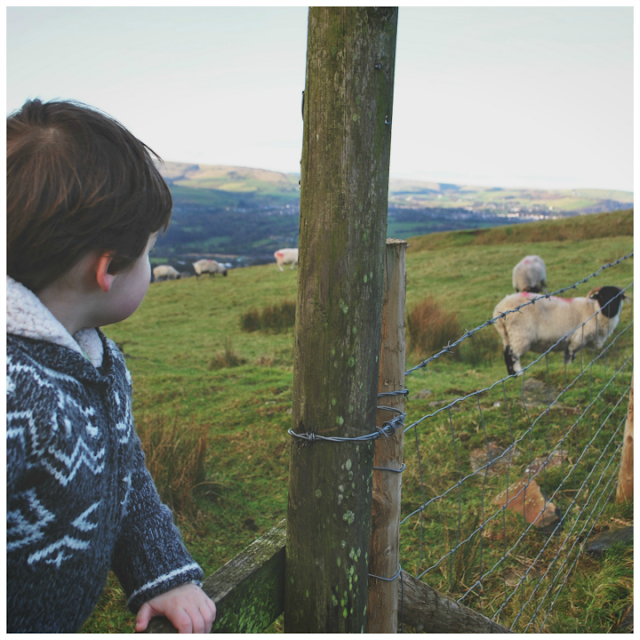 Speaking of treats (although the course is actually 'Professional Development', funded by my misleadingly impressive-sounding Business Account) I spent my Christmas money. A new coat. I'd seen it in a local clothes shop for more than I could afford. Then I found it online for 50% less.

It's now mine and I love love love it. Just my colours and old-fashioned enough to satisfy my Housewife, 49 tastes. 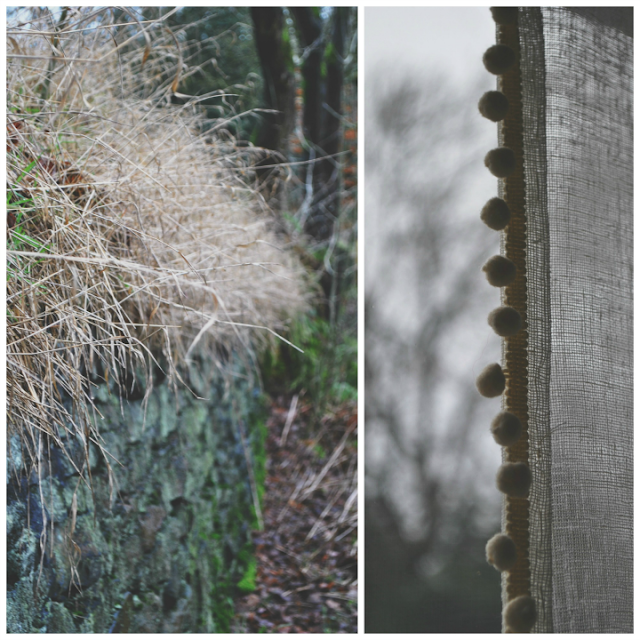 Treats like this are very few and far between, but for me personally it means I relish and appreciate them all the more.

Finally: resolutions. I'm not weighing myself down with a list of what I should stop doing, what I need to do more of etc. But having spent the best part of a morning today listening to a social worker (the visit overran by an hour meaning I had to cancel on my friends) and the prospect of more of these seemingly fruitless meetings in the coming weeks, I do need to prioritise. The danger is always that of getting caught up in so many things and feeling as though I'm being pulled downstream by a very strong current.

Family commitments and responsibilities, Joe, a new house, establishing a business: I'm struggling to fit it all in. Time alone to rest, to think, to be inspired, to grieve... It just isn't there. So I need to be firm with others and to safeguard that time. It's very easy to allow yourself to be pulled in all directions and to let others assume you're always at their beck and call. The hard bit is figuring out how to change that.

I'm determined to find a way this year.