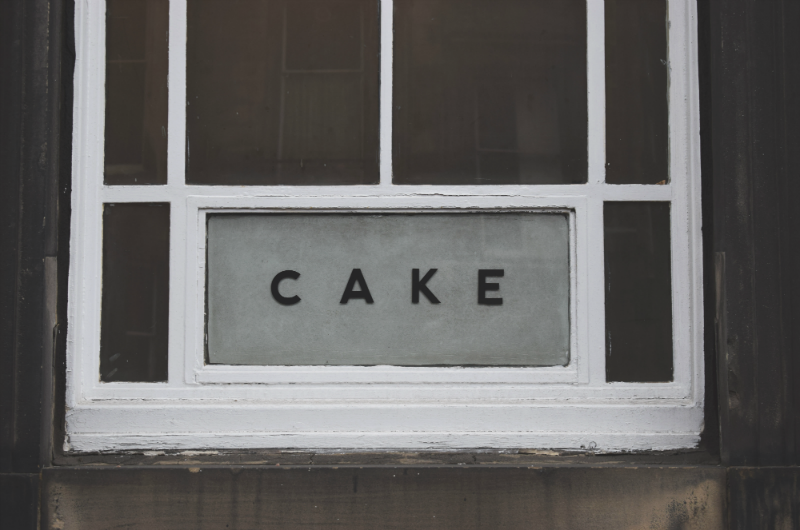 Sadly, I'm referring to the weather and not the goings-on inside the house.

Yet again the wind's howling and the rain's hammering at the windows. At night I listen to it, battering the roof and making the trees creak. This morning we set off to school dressed in full storm regalia. There's water running down from the hills, huge splashy puddles on the pavements and muddy ponds have suddenly appeared in the hollows.

Before we proceed, just a quick explanation: the photographs in this post bear little or no relation whatsoever to the written content. Although the 'Cake' one is perhaps a bit ironic, considering I'm currently on a 30-day 'reset' plan. I'm doing OK. Cake would be good. Instead I'm improvising with the odd Medjool date. They're kind of fudgy, if you use your imagination. 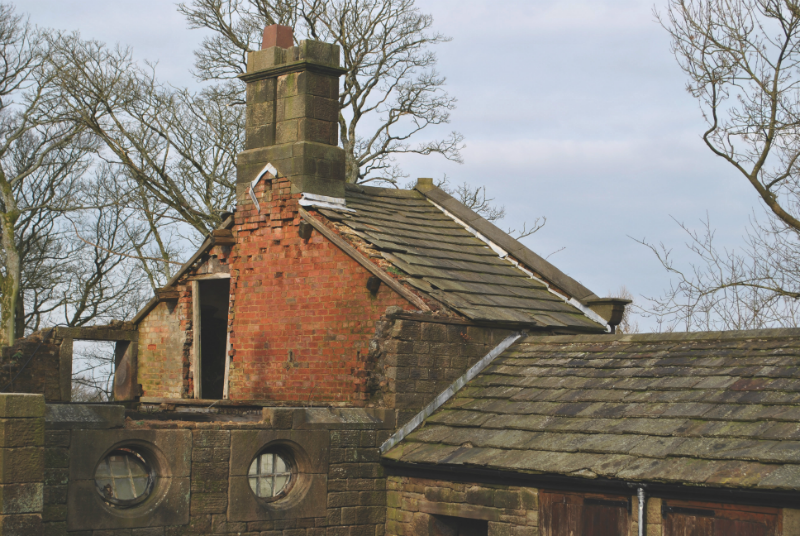 The camera hasn't seen much action due to the gloominess that seems to have settled, blanket-like, in the house. Downstairs is particularly murky.

So instead I've found and used some of my old pictures - 'curated' (now there's a trendy word). And realised that I really do need to have a photo cull. There are thousands of the things sitting on my desktop and threatening to slow the computer right down. Maybe I'll even break out the external hard drive.

Most of the photos are from around this time last year. I think. 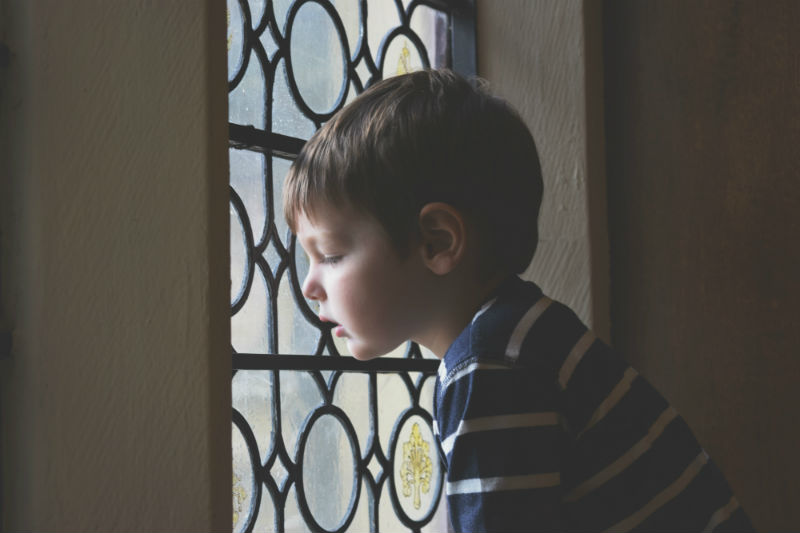 Joe's back at school after a half term week of baking, walking, adventuring, doing jigsaws and playing with Lego. He's very much into card-making at the moment. Felt tips make me nervous, I must admit, but he seems to get most of the ink on his hands rather than the carpet.

He is enjoying school despite one or two peeves (a few kids in his class - Joe can hold a grudge for years; jacket potatoes for lunch; standing out in the windswept yard until the morning bell goes; the dinner lady promising him a sticker then forgetting to give it to him etc.)

He did spend a few nights with his grandparents during the holiday week. The house felt very tidy and very quiet. 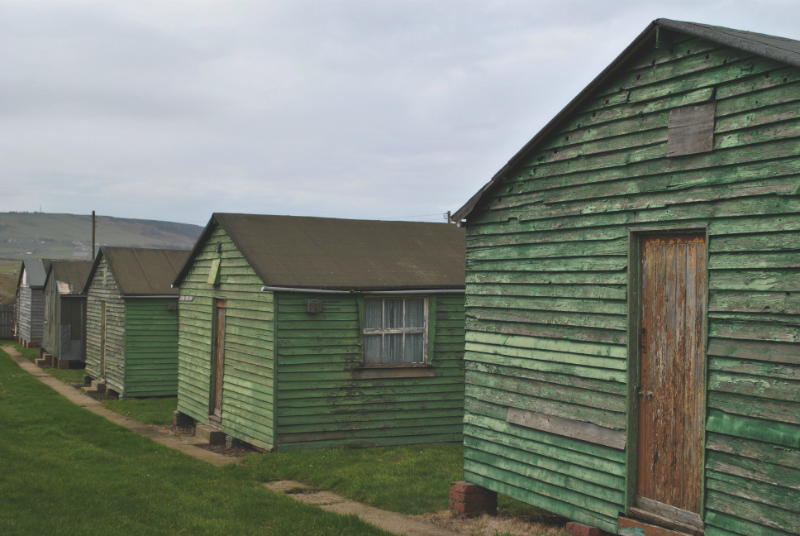 He'll be going there again next month. We don't actually get much time with just Jay and me; it just happens that we've booked a weekend in Grasmere in a lovely hotel and I can't wait. I don't care if it rains because there's a spa with a sauna and pool. We'll do a few walks locally and I'll take a good book or two.

In other words: we plan to do very little indeed. 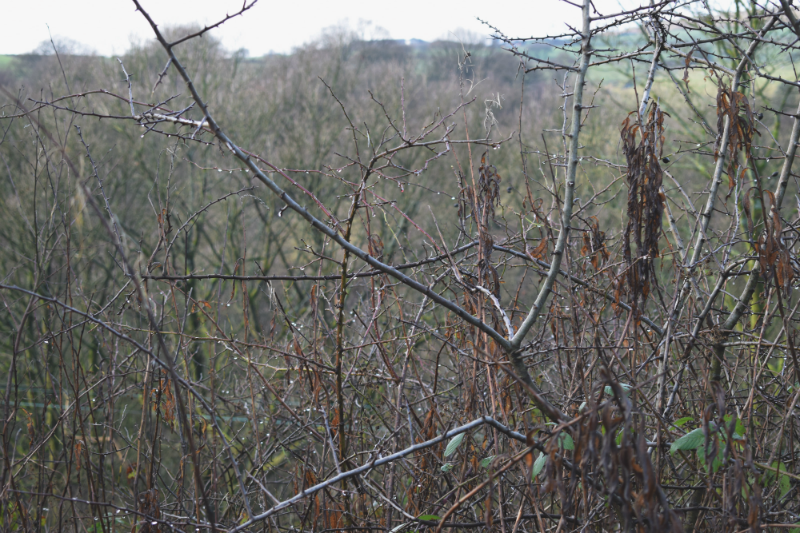 Speaking of books, I'm currently reading 'Jump!' by Jilly Cooper. Yes, I am. And thoroughly enjoying it too. Sometimes I just need a bit of Cotswolds-based silliness and there's nothing wrong with that.

So, sitting here on this wild Thursday, I'll be messing around with my Frond & Feather site (trying to link my new Etsy shop to it). After that I'm working my way through an online 5 Day Challenge about approaching potential stockists for my prints. And if I get it all done, that leaves a bit of time tomorrow to sort out all those photos.

If I don't find something better to do. Which I will.

A this-and-that kind of morning 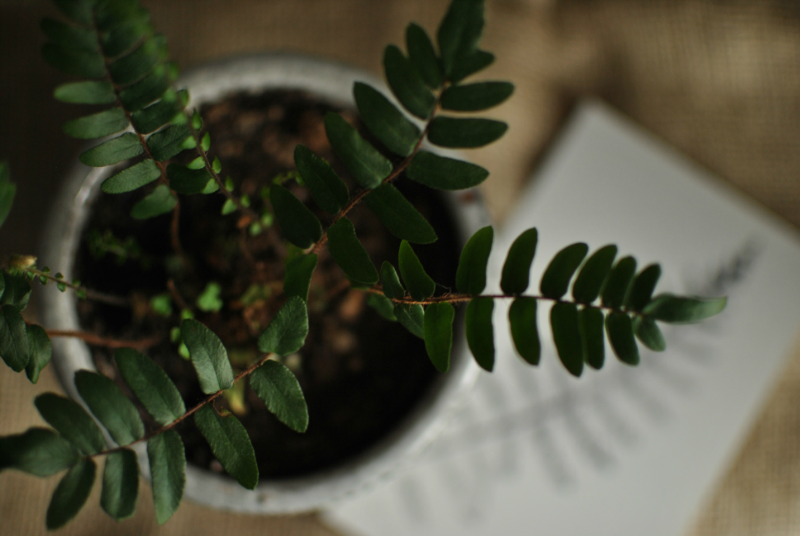 I've mentioned before (maybe here, maybe over at Frond & Feather) that I've been trying to be a bit more structured in my approach to work. I'm currently working my way through the Maker's Business Toolkit and it's really helping. No, this isn't a sponsored post or anything. But it's been great to be part of an online community and to have a framework.

I plan out my working week and it's so much better than my previous scatter gun approach.

Today has been a little bit... unstructured. 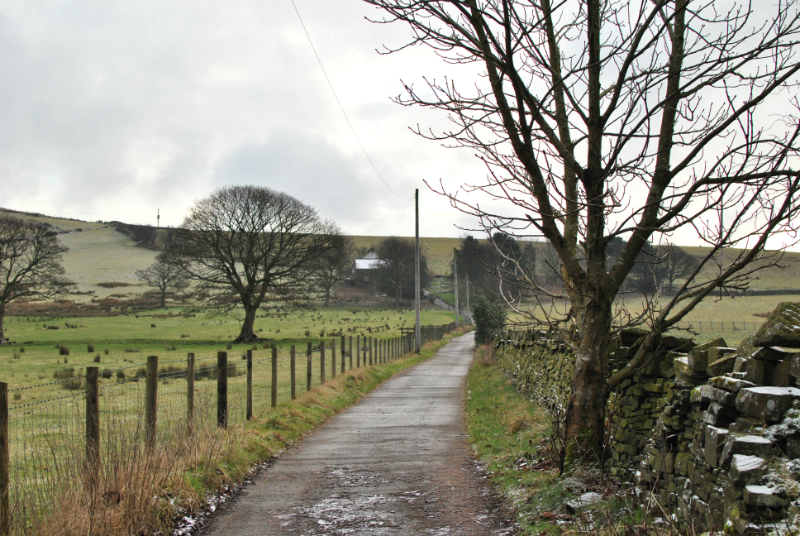 Maybe I'm just preparing myself for next week - half term - when any semblance of being organised will be straight out of the window. I'm looking forward to it, actually. Yesterday morning we were in such a hurry to leave the house, I locked the front door and as we walked Joe was crying. 'Mummy! You haven't put my shoes on!' Sure enough, I looked down and there he was in just his socks. I felt pretty awful about that one.

After dropping Joe at school today I went out of the side gate from the playground (you have to be quick once the bell's been rung or they lock you in and the only means of escape is via Reception and the wrath of the headteacher) and off up the hill for a little walk. Firstly, because it's been trying to snow for days and we've had just the lightest dusting and I wanted to enjoy it. Secondly, because I wanted to play with my camera. 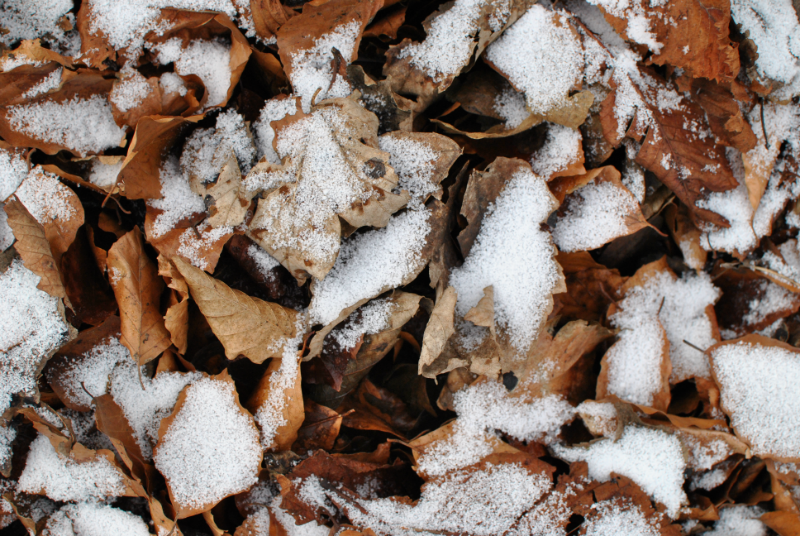 You see: My name's Sarah and I'm an Autoholic.

I've owned a DSLR for probably eight years now and am completely stuck in the point-and-shoot mode. In some ways it's served me well; I have some really lovely photos to show for it. And I tend to play with images later on, thanks to some nice editing software. Being a creative type I actually enjoy the whole messing around with effects process. Although it can be very time-consuming. 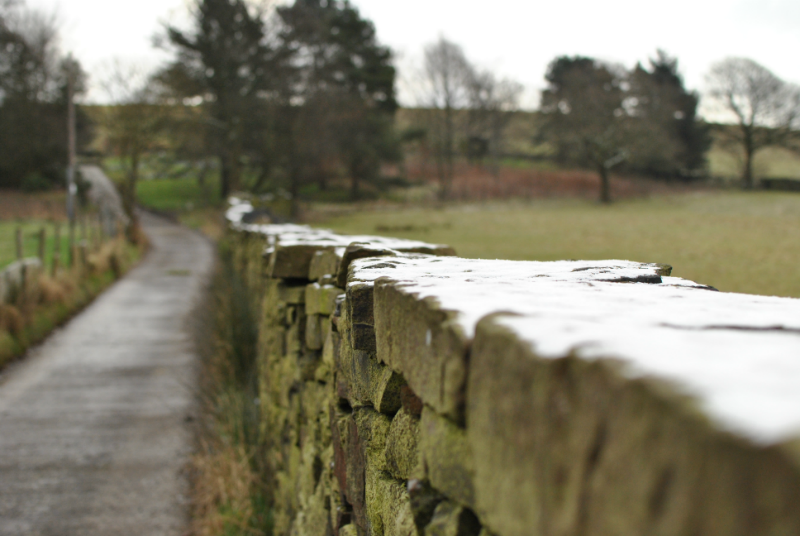 But I know I can get so much more from my camera. We're now a two-DSLR household, and I keep using Jay's camera with the kit lens rather than my own with a 35mm. I rely way too much on auto-focus.

A good friend of mine is a professional photographer and she couldn't believe I never move out of Auto mode. So yesterday I made lots of notes from my 'Photo' Pinterest board and had a go.

Many, many horribly underexposed photos later I realised I was trying to run before I could walk. So instead of leaping straight into Manual, I decided that today I'd make a start with Aperture Priority instead. I know the basics - kind of - so off I went. 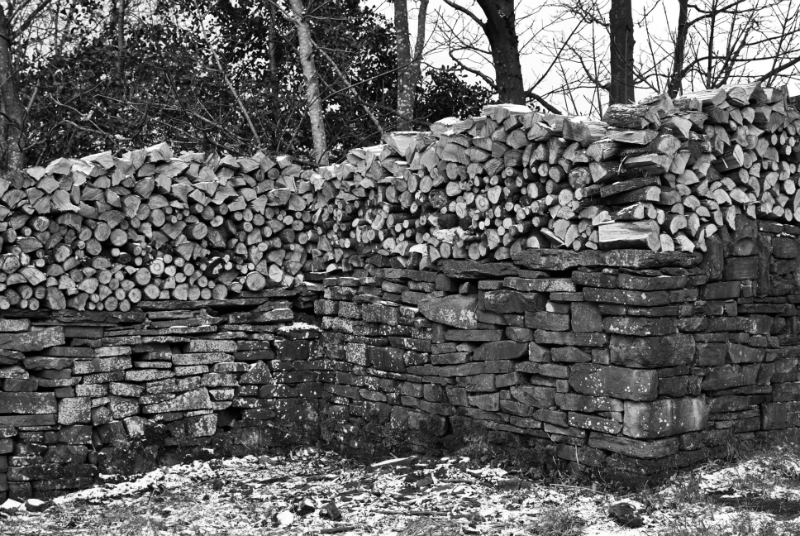 The photos in this post are all SOOC (Straight Out Of Camera). Other than the black and white ones. And, to be honest, I only did that to try and improve them as I wasn't too happy with them in their unadulterated state. 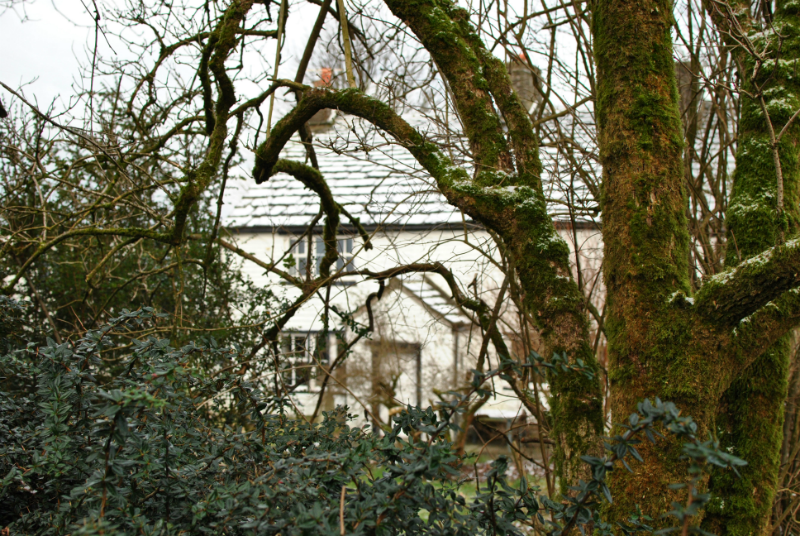 Still, onwards and upwards. Apparently using Manual mode becomes second nature. Just like riding a bike or driving a car. Well I can drive a car and a tractor - complete with a trailer full of hay - so I'm going to keep on persevering. 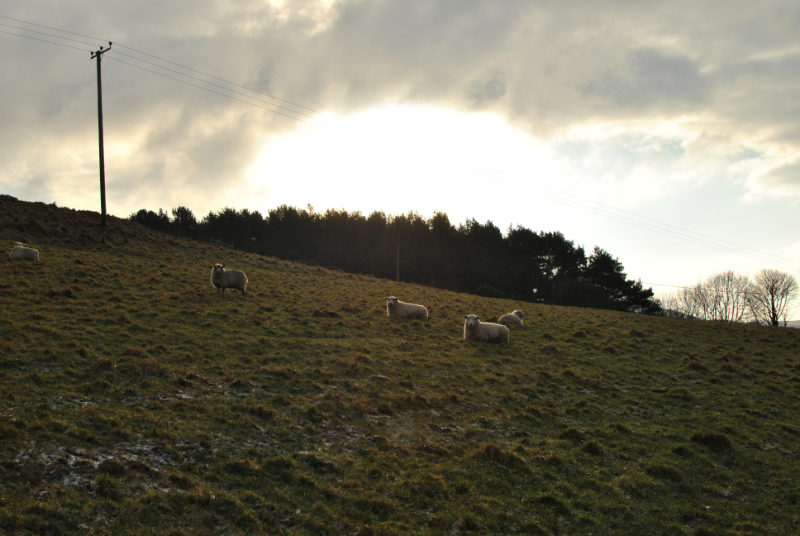 I didn't stay out too long, just half an hour or so, because today's to-do list is a long one. 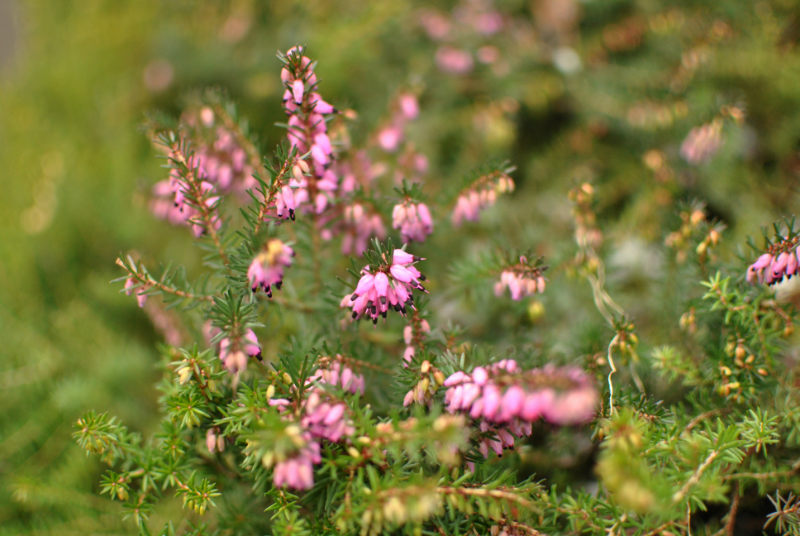 So I returned home, swapped my wellies for shoes, and ran a few errands in town before heading home for a restorative mug of hot chocolate.

I'm also planning to send off my first article for Creative Countryside this afternoon (the accompanying picture will be taken later next week. Who knows, I may be an ace photographer by then). And I need to do a bit of a social media catch-up. 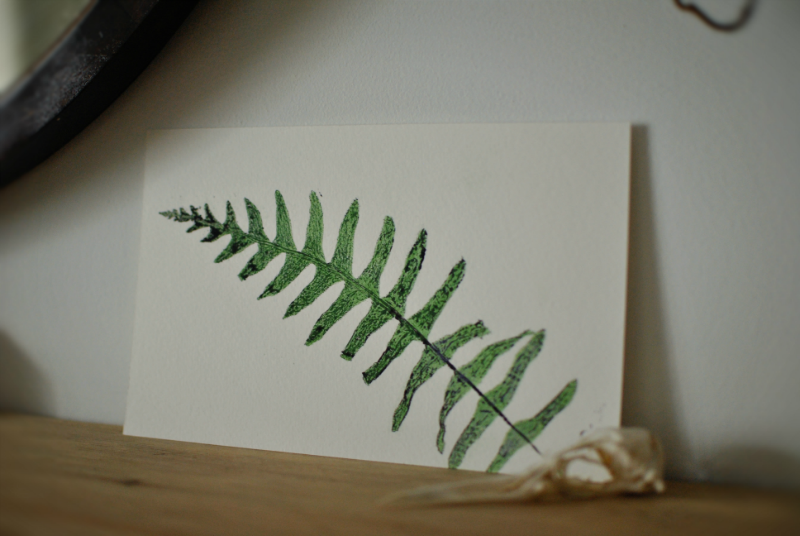 Joe and I enjoy a bit of colouring. He does these huge, weird and wonderful felt tip drawings with the most surreal stories attached to them. I sit opposite him trying to ignore the marks on the table and use one of those 'colouring for grown-ups' books (this one, a T.K. Maxx bargain). Having read the reviews it would appear that some people take their grown-up colouring very seriously indeed. I'm not one of them. However, it's very absorbing and a nice way to de-stress.

This story is going somewhere, I promise... You see, I recently made some more plant monoprints. Being the most picky of perfectionists, I wasn't entirely happy with the fern (above). I'm also very resourceful and hate throwing out my artwork - especially when it's done using expensive paper - so I thought I'd colour it in with green pencil. It actually looks quite good propped up on the mantel.

I like the idea of hand-tinting my monoprints, so plan to have a go at that after lunch. Whether the watercolour paint will cause the (water-based) printing ink to run is anyone's guess. 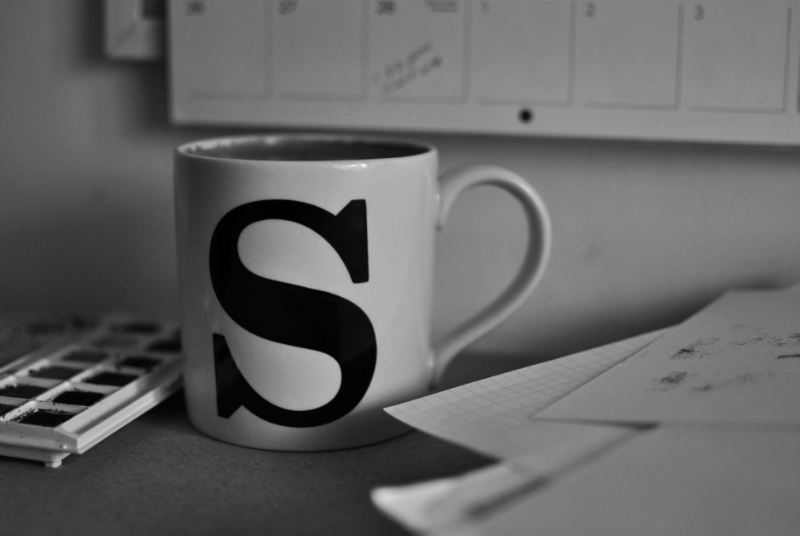 And now the sun's gone in, it's trying to snow again and I'm heading downstairs and away from my messy work table. I didn't photograph all of it. A little section tells you all you need to know.

Perhaps a straighten-up later on then, before I collect the little tornado from school.

Have a great weekend, and stay warm.


P.S. I've been re-reading the first two 'Adrian Mole' books (it's probably twenty years since I last read them). I'd forgotten how funny they are... 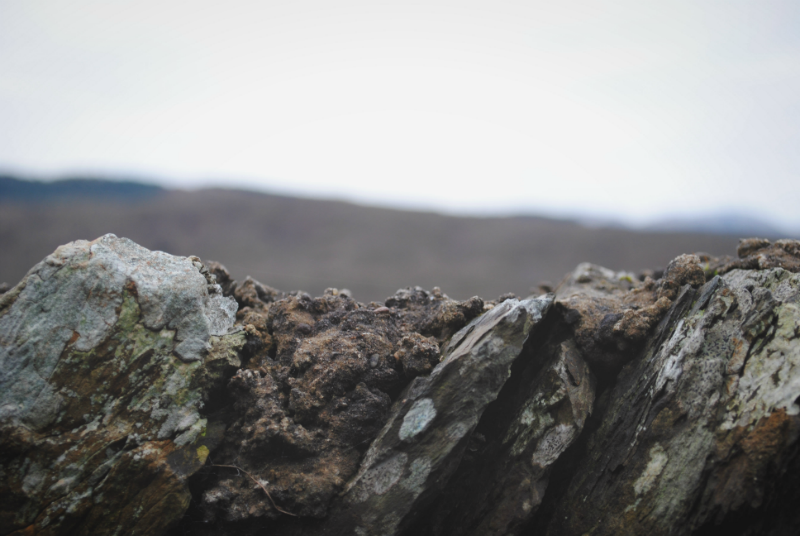 I'm really excited to share that I was recently appointed as Nature Editor for Creative Countryside. 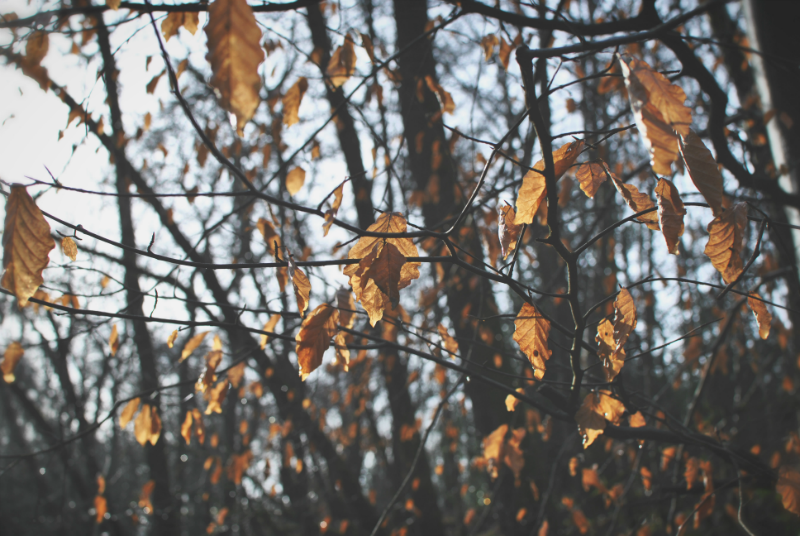 When I first heard they were hiring, I knew I'd love to be one of the new editors. And, as you know, I'm passionate about nature and seasonality. What better than to research and write articles, to find contributors, and to work alongside a team of great fellow writers and bloggers? 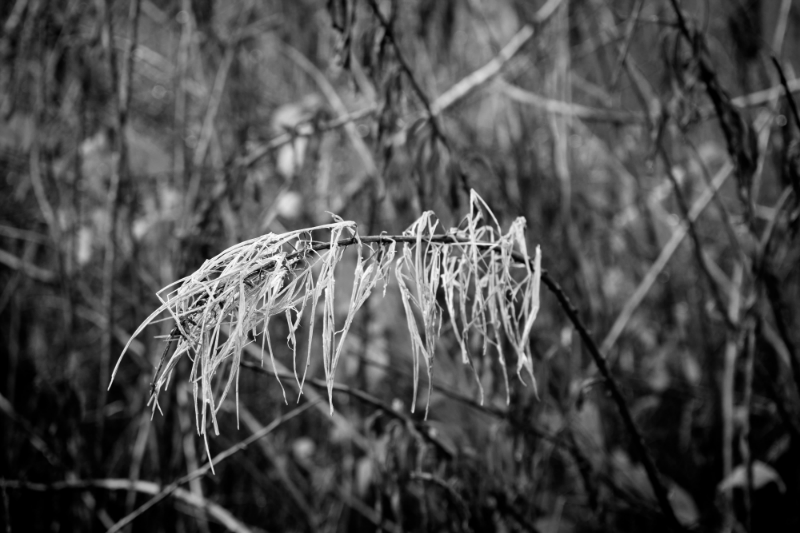 My fellow editors are:
Sarah from The Salty Sea Blog (Folklore)
Kayte from Simple and Season (Stories)
Chelsea from Loving Life in Wellies (Adventure). 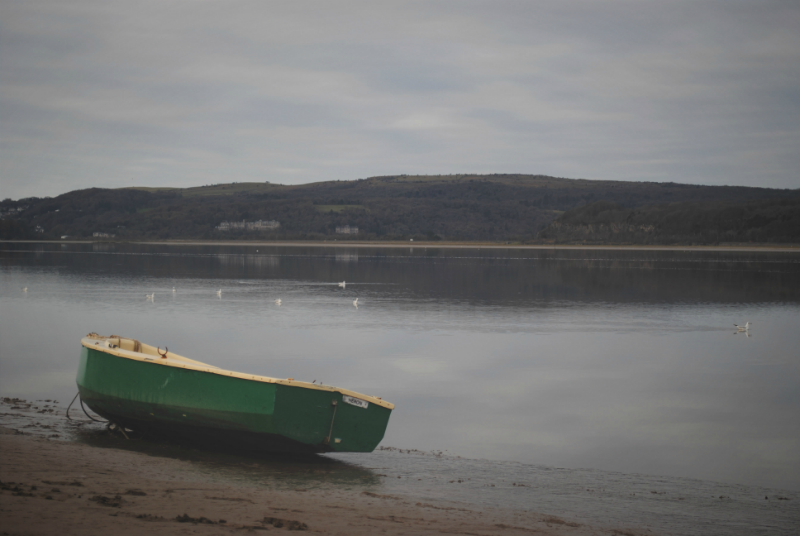 I thought I'd use a selection of old and new photographs to accompany this post. You may recognise a few - some are from around our village, others from further afield: the Lakes, Lindisfarne, Scotland... And I think they represent what I'm hoping to do with this new opportunity. 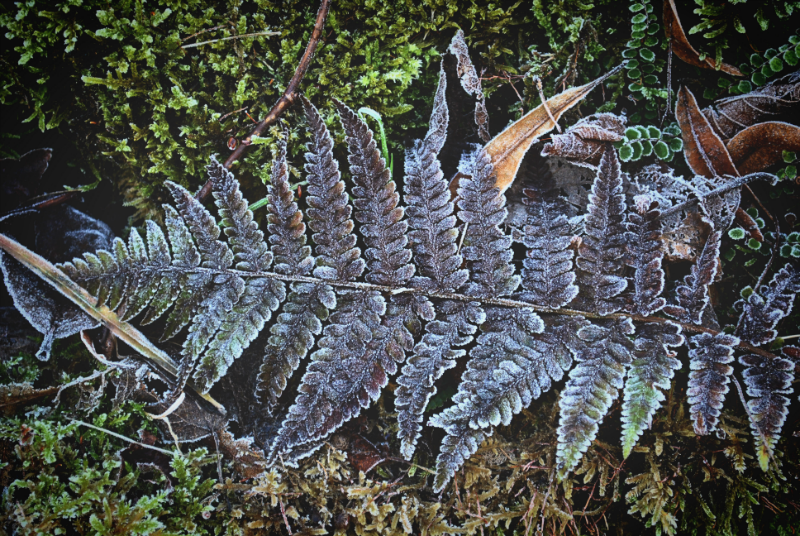 To get outdoors and explore and get inspired. To think about nature and how we can learn about and celebrate it. And, of course, to share all that with others. 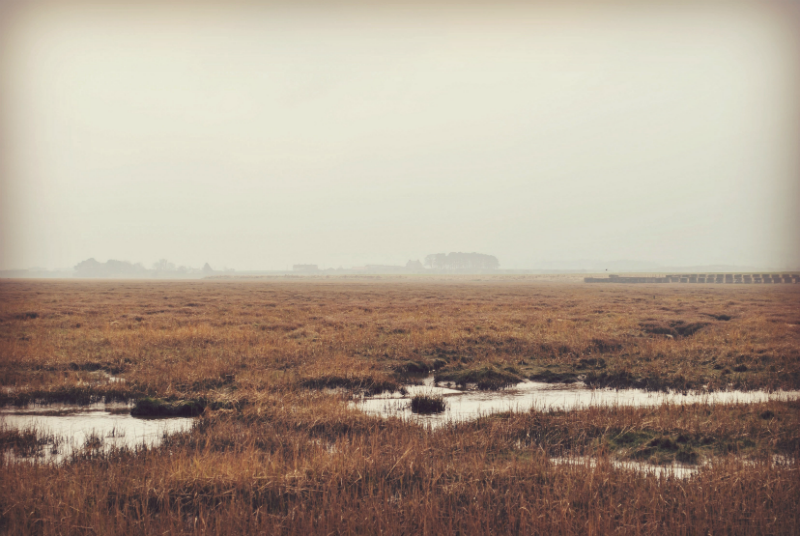 Am I still an artist? Of course. I'm a writer too. And a taker of photographs. I'm not swapping any one of those things for another. Because, in terms of what I've always wanted to do, art and writing - together - well, they're it. And I think they'll complement each other perfectly. 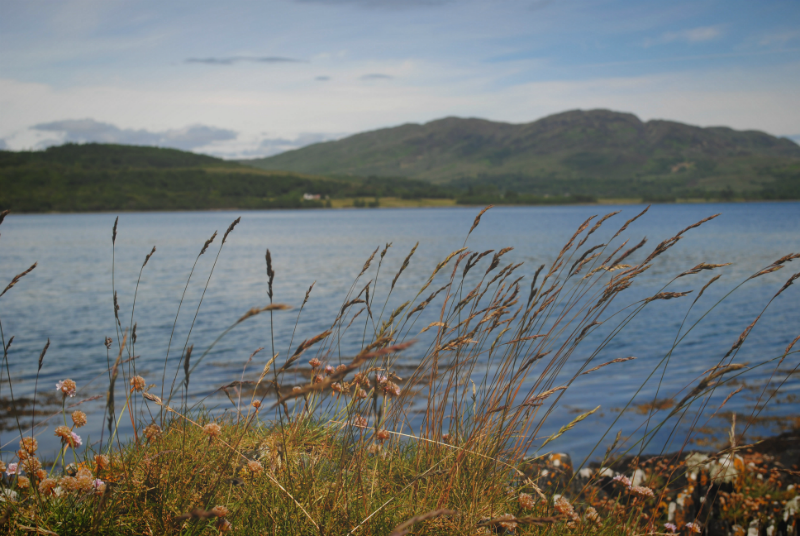 The subject matter and the inspiration are one and the same: nature. 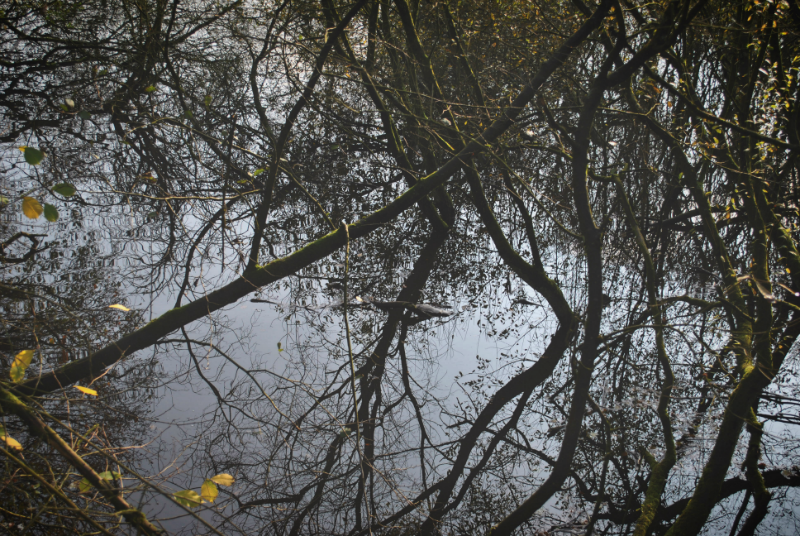 Funnily enough, Jay bought me a diary last week. It's a really lovely one. And I'm going to use it only for my creative notes, plans and dates. As opposed to the more mundane (but still necessary) stuff that ends up in my not-very-pretty, scrawled-in, everyday diary.

Those little seeds of ideas have already started to take root. I suspect the as yet pristine pages will soon be criss-crossed with all kinds of jottings and thoughts, just as they should be. 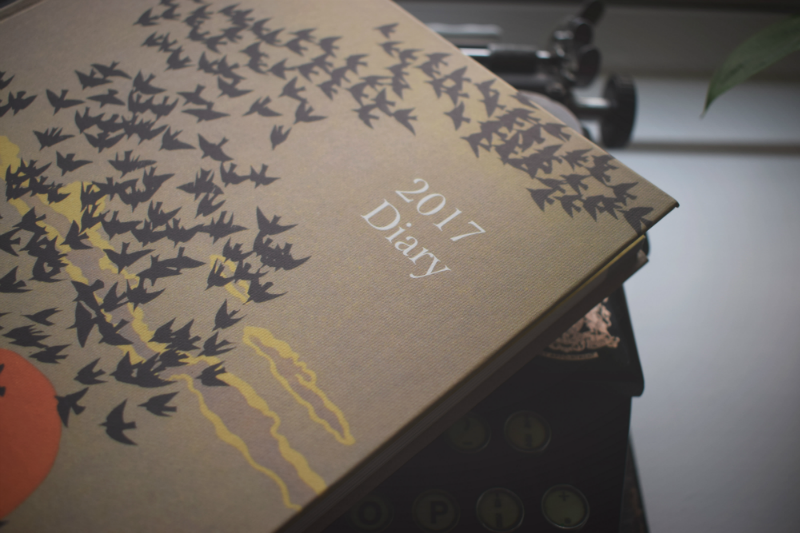 I really hope you'll visit Creative Countryside and that you'll enjoy what you read there.