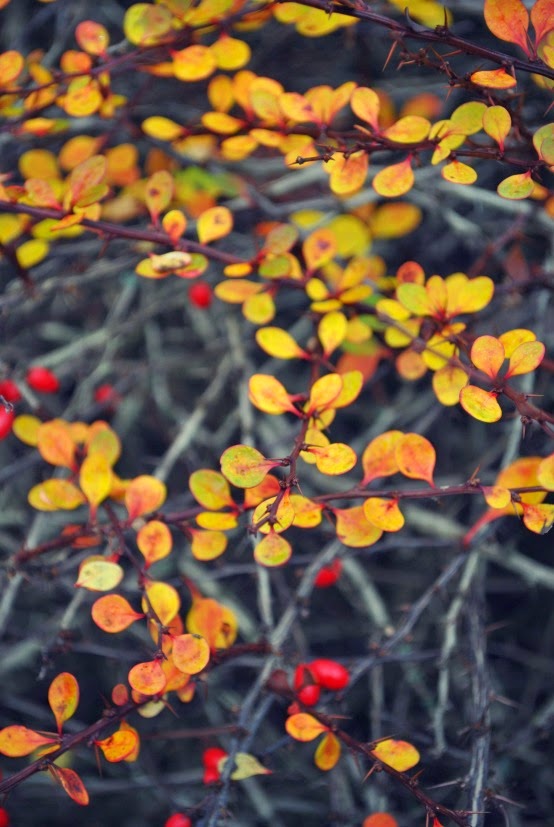 Even though I skipped a week of miscellanies, it still seems strange that the time's gone by so quickly. Maybe it's that end-of-year feeling when everything seems to fly by. And that could be something to do with the lack of light and the days being shorter.

We've been up to all kinds of things lately. It's definitely getting cold. Very cold. As in woolly hats and padded jackets, see-your-breath, condensation on the windows cold. I have to wipe them down in the mornings, and that brought back memories of my mum doing the same thing when I was little. Towels left folded along window ledges overnight to soak up all that moisture... It got me thinking about other little details from 1980s winters. Her starting the car on cold mornings and doing battle with the manual choke, trying to avoid flooding the engine. Deep snow and being sent home from school when the boiler broke down, and gleefully heading to the hills for a day's sledging instead. Sigh. 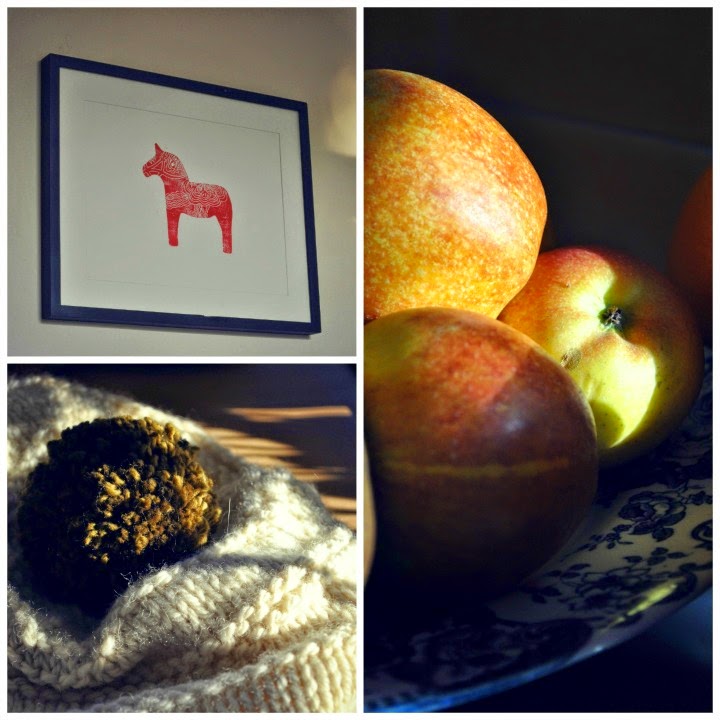 Anyway. We've had some lovely morning skies thanks to the cloudless nights. And some catch-your-breath chilly rambles to feed the ducks and see the chickens. Many of the autumn leaves are gone, but those which remain seem to be the luminous ones in a dazzling show of pinks, yellows and oranges. They're all the more striking against the bare grey branches of empty trees.

The morning light comes into the back rooms and shines in little corners here and there. I've moved my Dala horse print to the back wall and here it is in a frame. Other makes include drying out orange slices for decorations (we've been pine cone hunting too) and a work-in-progress red knitted scarf for Joe.

I've been doing little things here and there: decanting cheap bath bubbles into vintage bottles, easing myself into Christmas preparations by jotting down gift ideas, card lists, websites and food to buy in a special notebook. It's early but I don't care - I enjoy it. There are even a few gifts bought and ready to wrap. No festive music yet though and I haven't even begun to speculate on where the decorations could be hiding. Up in that chilly room at the top of the house probably. 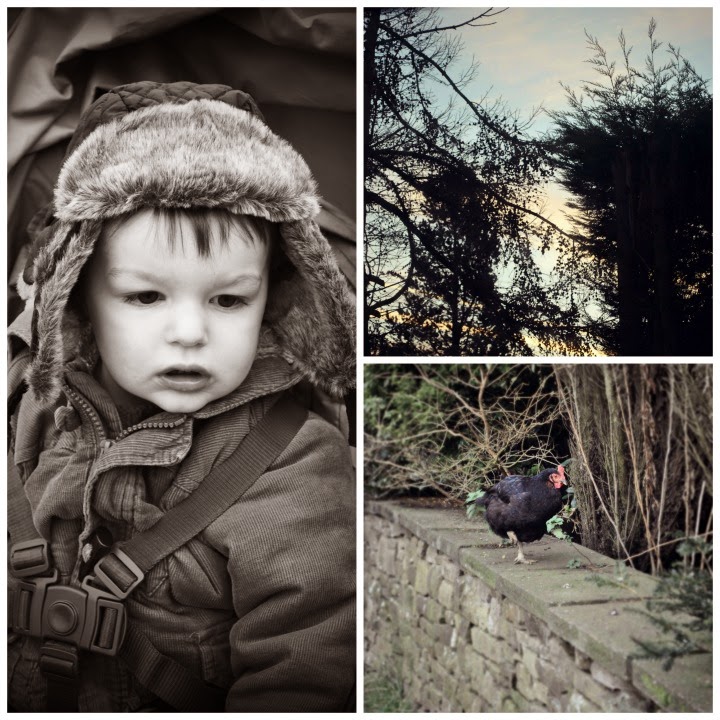 I unearthed yet another unopened bottle of booze the other day: Polish cherry liqueur from a trip to Krakow. It reminds me of evenings with my mum, sitting in the square in the Kazimierz enjoying a nightcap and watching the world go by. It's potent but rather lovely - cherries and almonds. A tipple of that after a hot bath and there are no problems whatsoever with dropping off...

Apologies for the lack of pretty photos in this post. I'd planned to have a bit of a snapping session indoors today but it's so incredibly overcast and dank that I'd have ended up with a lot of grainy, blurry images. Instead I'm going to hit Publish and head off into the warmth for a bit of a break while Joe naps...